Oh, 2017. In a lot of ways this was a really great year for me. In other ways it was by far the most emotionally taxing. I do think I’ve come out the other side of it a wiser, more introspective person, but maybe that’s just wishful thinking.

It kinda seems like this year was an exercise in learning to cope with turmoil. It started in January with the political climate and then magnified times a million in March when Presto was born. The day he graced us with his presence was one of the happiest days of my life, for sure. I was just so impressed with him, how strong he was, how confident he was, right from his first breath. He stood up and nursed so fast, neighed a ton, and was cantering around within an hour of his birth. All the tension and nervousness of the preceding 11 months of pregnancy drained away, and I just stood there in awe of what a perfect little baby horse we’d made.

And then of course disaster struck when he came down with chlostridium 48 hours later, and the highest of highs became the lowest of lows within a matter of minutes. Despite getting him into the clinic within just a couple hours of the first symptoms, his prognosis was quite poor. Leaving him at the clinic that night was one of the toughest things I’ve ever had to do, because I was terrified that was the last time I’d ever see him. I was so numb I couldn’t even cry. The world just felt like it had come to a grinding halt and all the stars blinked out of the sky at the same time. 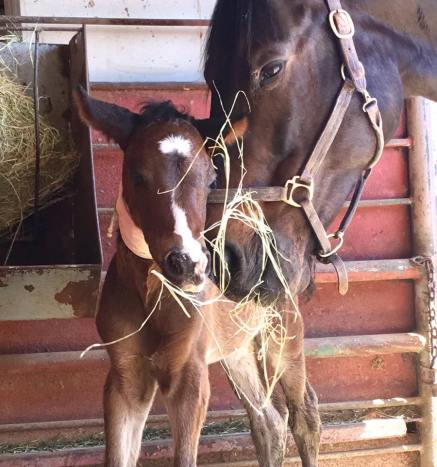 But we underestimated that strong-willed little baby horse, and he rallied. The next three weeks were a series of major ups and downs as his body fought the bacteria and then tried to heal itself. He’d have good days and then terrible days as we struggled keep his bloodwork in check. At one point his protein levels were so low that it didn’t look like he could possibly bounce back. He was, quite literally, living on plasma transfusions and fluids.

I spent every day there with him, as much time as I could. Some days it was just a few hours, other days it was up to 10. I lived with a cement brick in my gut 24/7, too afraid to be hopeful, but really wanting to be. I lived in constant fear of a bad phone call. I updated you guys here and on social media as best I could, trying to be as positive as possible. I didn’t really want to tell you about the hours that he stood there in the hot sun looking listless, or the periods where his tummy would get so painful after nursing that he would throw himself on the ground and thrash until we got enough pain meds in him, or how much time I spent cleaning and putting ointment on his skin where the diarrhea had scalded all the hair away, or the days where I rubbed essential oils on his joints in a wildly desperate attempt to keep the infection from spreading to them. It was hard enough to live those parts. I didn’t want to talk about them. I still don’t really even know what I wrote about during that time, because I’ve never been able to go back and read the posts. I don’t want to. Looking at the pictures is hard enough. 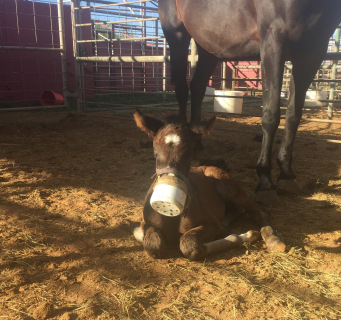 After one particularly trying day I cornered the vet and asked if we should just put him down. I wanted him to pull through with every fiber of my being, but I wasn’t willing to torture him. She looked me dead in the eye and said that he wasn’t done fighting, so she wasn’t done fighting either. I squared my shoulders, nodded, got in my truck, and bawled my eyes out for the entire hour drive home.

I spent a lot of time crying in my truck over those few weeks. An hour drive back and forth each way sure does give a person a lot of time to think, stew, cry, and beg. I am not a religious person, but I appealed to every deity I could think of, offering up all kinds of fantastical trades and promises. I examined every aspect of my life and how I was living it, thinking that maybe if I could be a better person, the universe would let Presto live. But what really helped me cope, and what really gave me strength to get out of bed every morning and help Presto face it all again, was you guys.

I’ve never been a particularly warm or socially outgoing person, but boy did I learn just how many friends I had, and just how great they are. At a time in my life where I was feeling like I’d really lost hope in the human race in general, there came an entire army of goodness to show me that there will always be people out there that care and want to help. I was floored by it then, and I remain floored by it now. You may not have been there with me physically, sitting in that red West Texas dirt, holding an IV bag, fighting back tears every day, but you were there in spirit. When I started this blog in 2014 I thought it would be a fun little place to document Henry’s journey, and it’s turned into SO much more than that. I’m not sure where I would have been mentally during all of this without the support network that I had, and I’ll always be eternally grateful for everything. 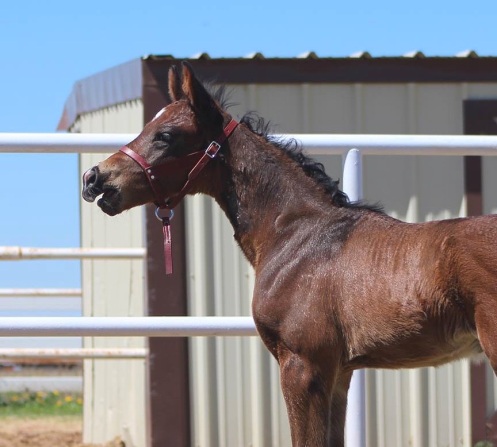 The experience I had with Presto’s illness is not something that I would ever wish on my worst enemy, but I learned a lot from it. Never take anything for granted. Tomorrow is never guaranteed. The human spirit can endure a lot of hardship, if you have the right support. Appreciate everyone. Kindness matters. Remember how lucky you are, even when it seems like you aren’t. Little things can make all the difference. Life isn’t always fair. There is a lot of power in positive thinking. We put our hearts on the line when we love something, especially something as fragile as a horse, but it’s worth it no matter how it plays out. And last but not least, the horse community might come with plenty of flaws, but when the chips are down there is no better group of people.

Presto did get better, against seemingly insurmountable odds, and he did get to come home again. It took weeks for my anxiety level to start to go down, and for me to stop setting my alarm several times a night so that I could wake up and check his camera. I had just started to relax a bit when he came down with rhodococcus and once again we found ourselves on a dangerous roller coaster. Yet another thing that could have killed him, but yet another thing that he overcame. While he managed to bounce back pretty quickly from all of this, the whole ordeal left me with a lot of trauma on my psyche that has taken a long time to reconcile. In some ways it still hasn’t, I still feel like we got too lucky, and I can’t help but feeling like I’m always looking over my shoulder. I’ve had to figure out how to cope with that, which includes accepting the fact that some things are just beyond my control. I’ve had to learn how to enjoy what I’ve got, while I’ve got it, and stop worrying about all the things I can’t change. 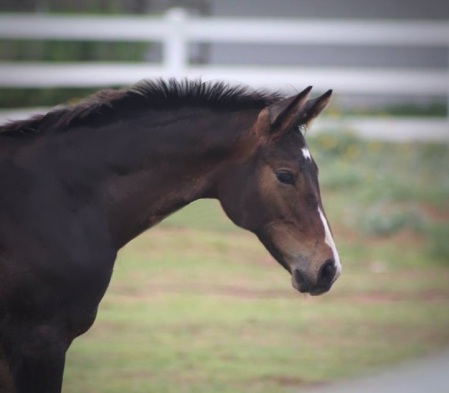 If it sounds really dramatic, well… it WAS. I’ve never experienced such a wildly extreme yo-yo of emotions in such a short period of time in my entire life. It sent me reeling and rocked me to my core.

Yet throughout it all, Henry was my constant. He waited patiently in the background while I dealt with Presto’s illness, and he was there with his goofy faces to make me laugh again when it felt like I couldn’t. He never wavered from his sheer HENRYNESS… that cheeky personality that somehow manages the perfect balance between being 100% genuine while also being a complete turd. He was exactly what I needed both to keep me occupied and to keep me balanced. Nothing makes my soul happier than that horse, in good times or in bad.

Aside from being my therapist, Henry is my best dude. In 2017 our relationship evolved to even greater heights and I feel like we’re finally at a really good place where we have a rock solid partnership. We trust each other, we take care of each other, and we have a lot of fun together. He’s extremely kind to me when I mess up, but he still holds me accountable and expects me to do my part. I strive to always remember that my biggest responsibility is to be Henry’s guardian and advocate, and try to always tend carefully to the qualities that make him so great. It’s possible that he’s a little spoiled, but I don’t think that’s such a bad thing. 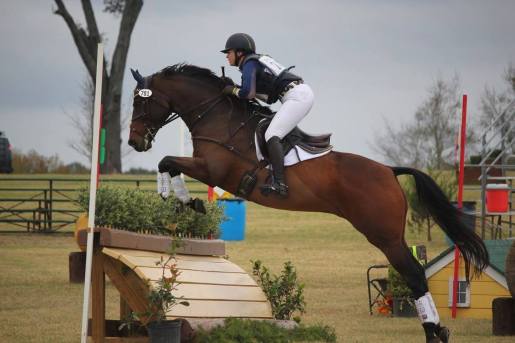 If there’s anything this horse has taught me, it’s that goalposts can always move. Dreams can always grow. And, of course, you should never judge a plain fat brown crooked-legged horse by his cover. He’s not a great mover and he’s not a particularly careful showjumper, but there isn’t a horse out there that I would trade him for. Everything that happened with Presto really helped me remember how to see the big picture and made me reexamine my priorities, which in turn made me appreciate Henry even more.

I spent the first couple years of our eventing career putting entirely too much pressure on myself. It took a while, but Henry has taught me how to relax and learn to savor the small victories. How to be happy with what we accomplish, and to not belittle those accomplishments by comparing our results to someone else’s. It took a while, but this year he really taught me how to have FUN again. True, pure, completely unadulterated fun, with no expectations and no deadlines and no strings attached. 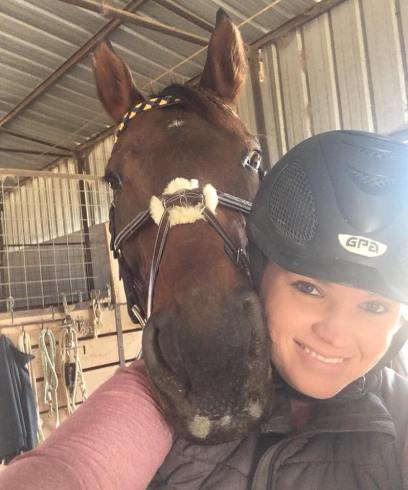 Aside from my two fantastic beasts, 2017 was also full of other adventures. I went to Rolex and had a blast with friends. I got lucky enough to travel back to Europe, look at horses in 3 countries, pat some of the world’s most famous stallions, and see Germany’s best young horses compete. And somehow I even managed to branch off of this blogging thing and land a regular, paying gig writing for my favorite magazine. Is this even real life? MY life, at that?

I’m ending the year with a little bit of unresolved inner turmoil about life in general. Where I want to live. What career I really want to get up every day and dedicate myself to. What the next 5 years might look like. I’m at a little bit of a “where do I really belong” crossroads that will probably require some tough decisions, and a lot of courage, in the year to come. I finally feel ready to make them though, and I feel like a lot of that can be attributed to the year I’ve had and everything I’ve learned along the way. Life lessons are hiding in hard times. 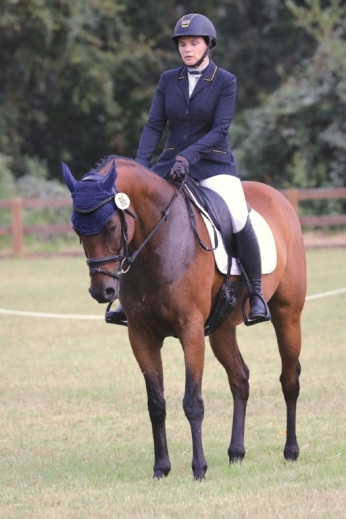 Most of all, 2017 reminded me that I am beyond privileged to get to do the things I do, with the people and horses that I get to do it with. There was plenty of hardship, for sure, but there was plenty of jubilation too, much of which can be attributed to you guys. Thanks for riding along with me.

29 thoughts on “Reflecting on 2017 and the lessons learned”