I’m sure it will surprise literally no one to hear that my horses are not shaped similarly at all. Because of course, who would be that lucky (all of you people that have multiple horses that all fit perfectly into the same saddle: it’s possible that I hate you just a little bit). I know that I got incredibly lucky with Henry when it comes to saddle fit – he’s built like he was custom made for a standard Devoucoux D3D panel. A bit curvy and a bit wide, but not TOO curvy or TOO wide. I thanked my lucky stars for that when I bought his saddles, because I am a French saddle girl to my core and nothing pleases me more than sinking my butt down into some ultra-close contact buttery calfskin perfection. They’re the only saddles I’ve ever truly loved. 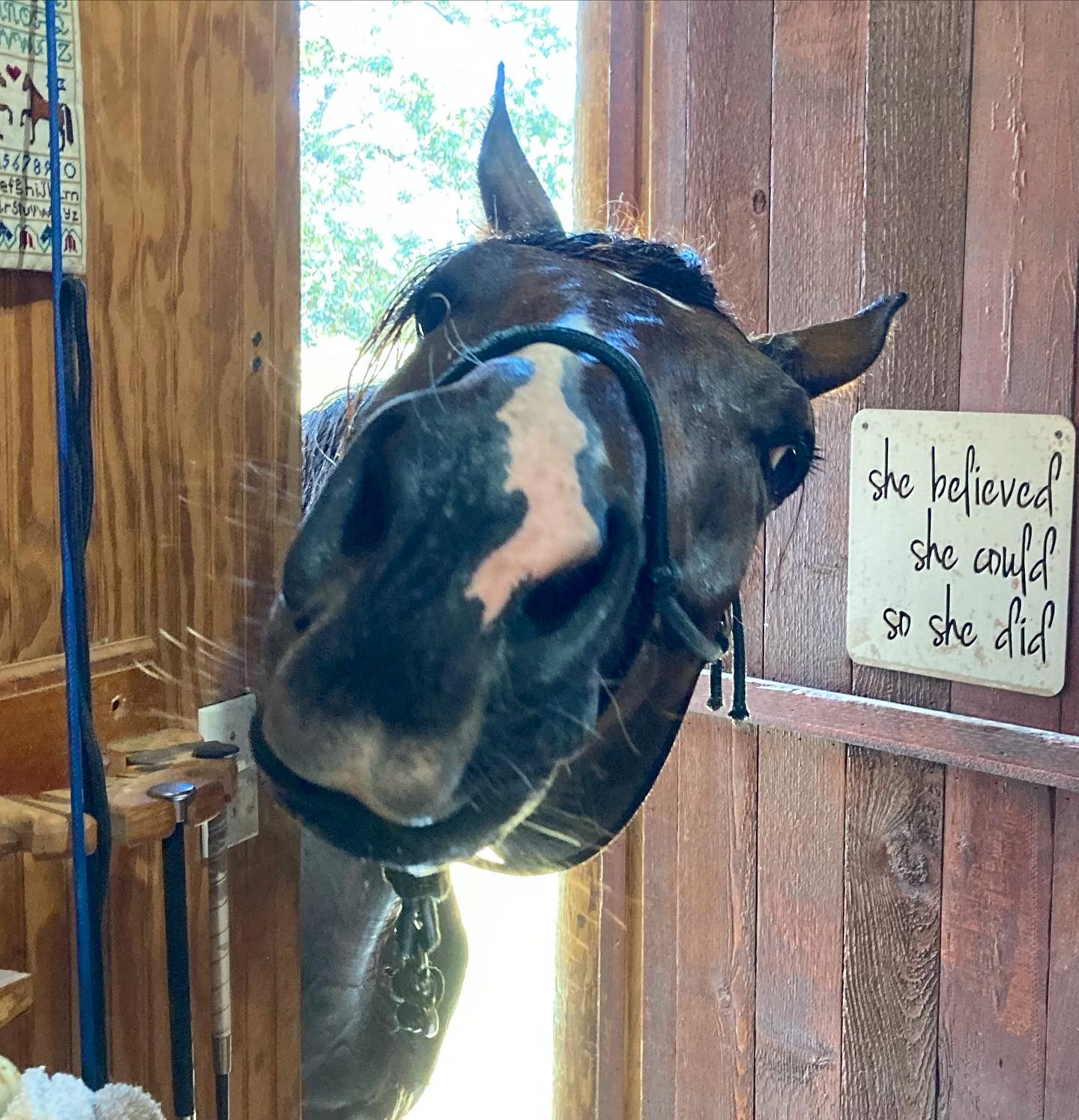 It isn’t unusual for horses to start out with a bit of a straighter back when they’re young, before they finish growing and before their withers really pop, and before they start adding a lot of muscle. But Presto is definitely the straightest-backed horse I have ever had. His mother had a pretty straight back too when she was 3 and 4, and eventually curved up juuuuuust enough to fit the flattest possible french panel, so I haven’t lost all hope yet. But Presto’s profile from front to back, at least at the moment, is about as flat as a dang table.

As it stands, Henry’s saddle is too wide and too curvy for Presto. I could help with the too wide part, with my shimmable half pad, but there’s only so much I could do about the curviness. I shimmed it 6 ways to Sunday and made it passable enough to get him started, but the reality is that this saddle would not work for him long term or once he starts getting ridden more often. I had kind of been waiting for his late spring/early summer growth spurt to finish up before I made a final decision (desperately clinging to the hope that he might magically get a little curvier I guess *cue sobbing*). Now it’s wrapping up and yeah… still flat as a pancake up there. The writing was on the wall and the truth was unavoidable: Presto needs his own saddle. 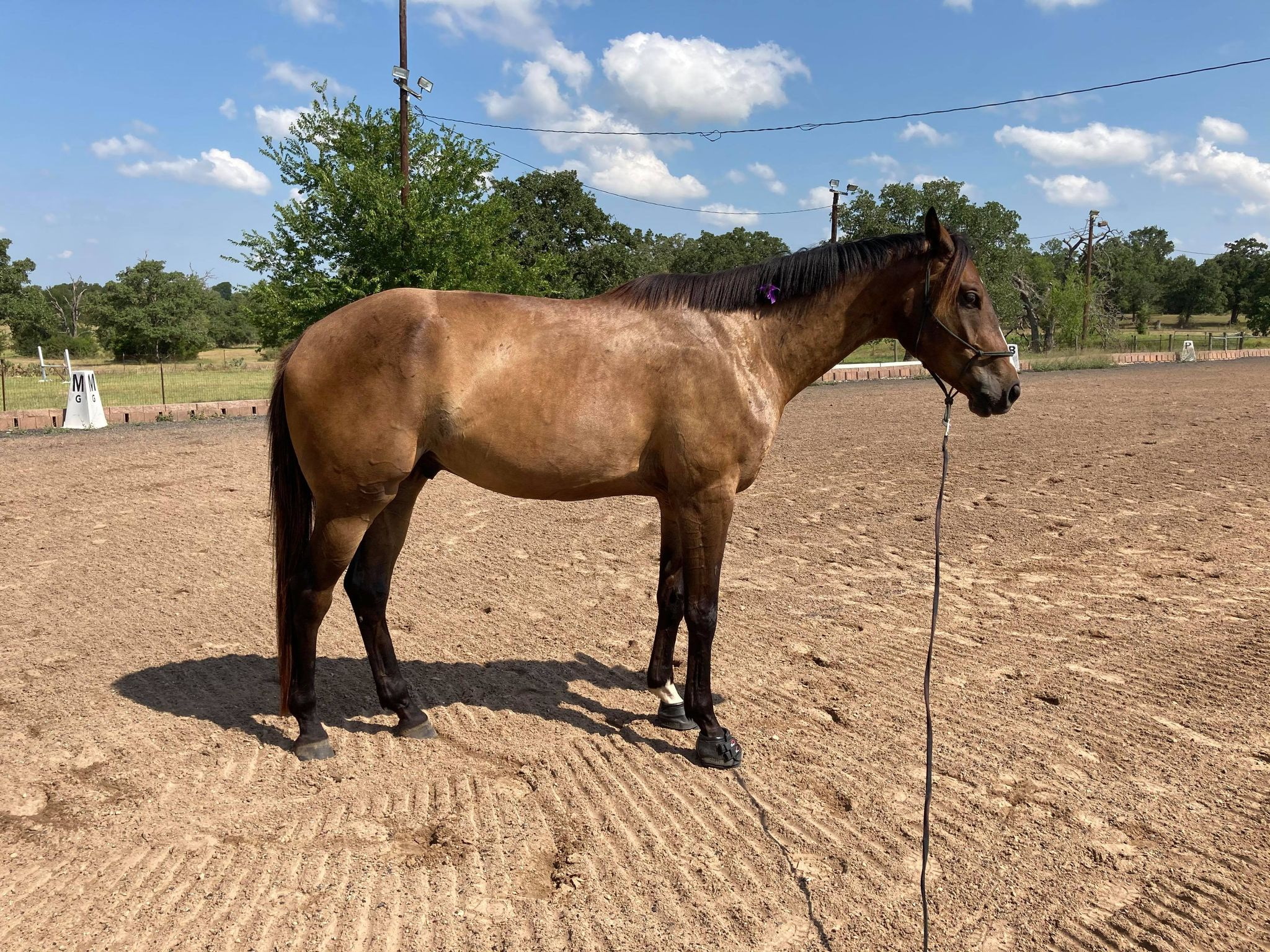 Of course, he’s also 3.5 and will change A LOT over the next year or two. That means I’m not gonna go drop thousands of dollars on something fancy, nor is he yet eligible for anything custom. The real challenge was finding something that could fit him well enough and that I didn’t totally hate. Have I mentioned my intense love of French saddles and nothing else? It’s a real problem when your horse doesn’t fit in them. In reality I knew I was going to be looking more at the English-made brands, specifically one on a pretty straight tree with a straighter panel. It’s possible that I had a moderate internal temper tantrum about that. Once you go French it’s hard to go back. I’ve not particularly cared for 95% of the English-made saddles I’ve ever sat in. But Presto’s comfort is the most important thing, so I contacted a couple saddle fitter friends, got some ideas for brands, and started to hunt.

I didn’t get very far with my search in America.

Here’s where I’ll admit that I did back myself into a bit of a corner right out of the gate, because I was only considering monoflap jump saddles. The thing I hate most about a lot of the English-made saddles is how bulky they feel, and I’ve been sitting in only monoflaps for years now. If I’m gonna be forced to go English I’m at least gonna get a monoflap, okay? It’s the only thing that could slightly appease that inner temper tantrum. It was my only “must have” rider request, and I was sticking to it. But… it did greatly reduce the pool of saddles available. That and my budget, because you know who’s not spending more than 2k on a saddle that a baby horse will likely outgrow in a year?

It didn’t take me long to shift my search focus overseas. I mean… I’ve bought a lot of saddles from Europe by now, and pretty much all of them have worked out. My current Devoucoux jump saddle came from England, sourced via facebook, and I’ve also bought saddles from France and Germany over the last decade. I think by now I’ve gotten fairly good at judging the shape from photos, plus I had my fitter friends to offer their opinions as well. I spent hours and hours scouring the internet looking at saddles. I’m relatively certain there isn’t single monoflap available for sale in the UK that I haven’t seen by now. Once I finally decide to embark on a task, I’m super obsessive about it, and this was no different. I left no stone unturned.

I was getting pretty distraught about it there for a while. There just weren’t many saddles that I liked the look of at all, most of them were written off pretty quickly because I hated the leather or the balance or the twist looked wide as an elephant (god I hate a wide twist). I did eventually narrow it down to 3 models, and then had to try to find one, in budget, in the right size. Not a small task. But I did finally find one, in the form of a Mark Todd Charisma.

As with literally all saddles, people on the internet either love it or hate it. But I have a pretty good idea of what I like by now, and the design looks right on par for my own preference. It’s definitely not French leather, but the general structure looks promising both for me and for Presto. About a dozen pictures and some videos and some fit debate later, it got the nod. The best part is that it was way under budget. Much easier to take a risk on something when it’s cheap, and much less painful later on when he inevitably outgrows it. I made an offer, we talked logistics, and the deal was done. Presto now has his very own saddle coming his way. Hopefully it a) makes it here with as little drama/delay as possible given the current world situation b) fits well enough to work for Presto for a while.

There is nothing worse than saddle shopping.

The only fittings I really need for it is stirrup leathers. My Free Jump irons are super easy to take on and off the leathers so I can swap those back and forth between saddles in a matter of seconds, but I don’t really want to be wrestling with swapping the leathers themselves. So I’m on the hunt for an inexpensive used calfskin pair, if anyone has seen some send them my way!