Stormie finally released her hostage yesterday, and with that we’ve got a new sportpony colt at Willow Tree Warmbloods. Say hello to Ollivander WTW! 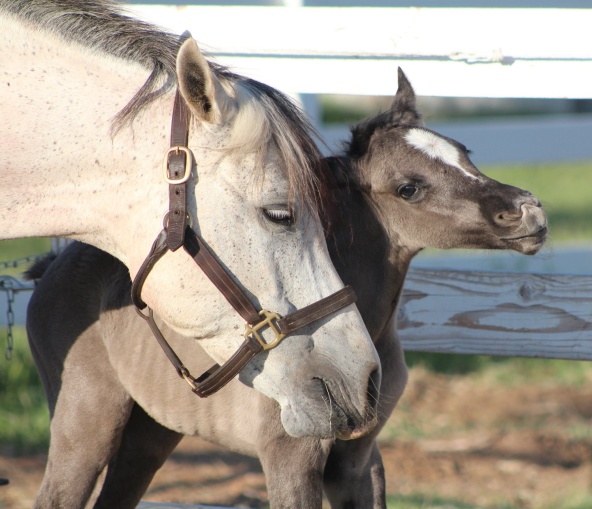 This is Usandro’s second US-born foal, the first being Oakley at the end of March, and Stormie’s second sportpony foal. Those who remember Nunez from last year might be seeing some similarities… apparently Stormie really likes to throw her pretty, petite head. I think Ollie’s ears are bigger though. 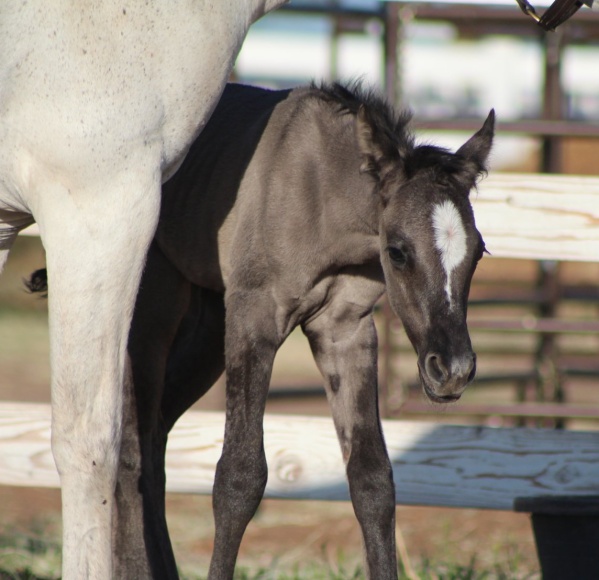 As you can see, Michelle finally got her grulla, although it looks like Ollie will turn gray… the hyperpigmentation/adult coat color are strong indicators. For now though he’s a really beautiful metallic silver color in the sun, with very obvious dun leg bars, ear caps, and dorsal stripe. I bet he will look beautiful as he grays out at least!

Stormie and baby are doing well so far, although Stormie was pretty tired after foaling yesterday. I can see why – Ollie is a big dude for a pony foal, and pretty well-developed for a newborn. He was definitely out of space in there and will take some time to unsquish all the way.

He’s a sweet colt that was super interested in people right from the start. Very friendly and curious. He also looks as though he will provide us with plenty of Foal Friday entertainment in the weeks to come.

So with the arrival of WTW baby #3 that means we only have one mare left to foal – Sadie, with a Presto half sibling. She’s already passed what is considered the full term mark of 320 days but is still a ways away from the average gestation “due date” of 340 days. She looks quite huge and miserable already so we’re all thinking she might go a little bit earlier than 340, but we’ll see! Sadie definitely does things Sadie’s way.