Just because I have a new “one in, one out except for necessities rule doesn’t mean that I’m not still window shopping and paying attention to new stuff. I like pretty things. Sue me.

I found a UK company, Ponyo Horsewear, that makes BADASS blankets that I definitely must get for Presto for next season (since, as expected, the hand-me-down’s he’s worn this year will not live to see another winter). They have two prints in particular that are perfect for him: 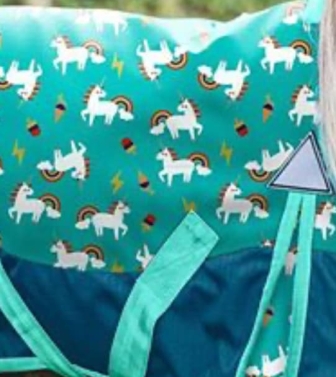 I couldn’t decide which one to get so I’m thinking he’ll get a light sheet in the monkeys and a midweight in the unicorns. They won’t be available in his size until next month so they’ll definitely be for next winter, but they’re just too perfect. Shipping from the UK is expensive, but if anyone local to me is interested in buying some too, let me know and maybe we can do one order and split shipping.

Otherwise, the SS20 collections are starting to roll out. Equestrian Stockholm already rolled out a nice dark green color that captured me probably more than any other matchy set ever has. It’s pretty. 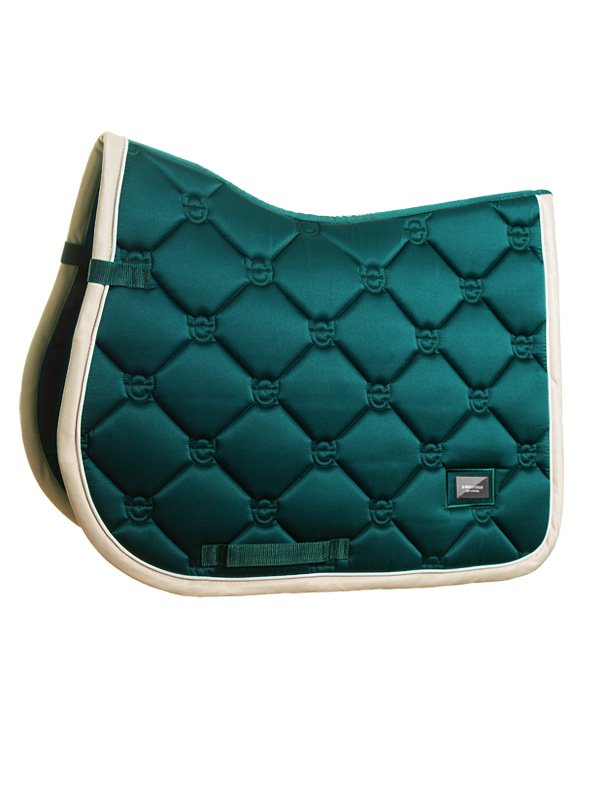 I think the matchy sets still just aren’t really my thing though. Not like that anyway. Maybe if the pad had navy trim I’d be in, the beige just kind of kills it for me. Or if I liked the shape of the jump pad. Or if the boots weren’t shiny. I seem like like very matte suede and very sparkly glitter, but not really anything in between and def not patent. Maybe when they go on sale I’ll like them more. It’s a lot of money to spend on mass quantities of exactly perfect color coordination for someone who literally spent all of Sunday wearing her $29 riding tights backwards and not realizing it until she took them off in the evening (that happened. I did that.). The green is really pretty though.

Speaking of green, the SS20 collection I was most looking forward to was Premier Equine’s. I’m low key obsessed with the merino wool pads, and my only complaint is that most of their color combinations are ugly AF. Like, no, I do I not want lime green and turquoise, or hot pink and dark green, or orange and teal. I have the plain navy ones and the plain white ones, because those are the ones my eyeballs can handle, but I was totally down for adding another pad to the collection if they did some new color combinations. I was all up in their instagram suggesting new dark green merino pads like a crazy person. Like dark green with navy or dark green with natural, or even dark green with gray. I’d buy that.

But they rolled the collection out without adding any new color combos to the merino wool collection at all. It’s confusing, because you know what people will buy 9000 of, if you just keep making them in new seasonal colors? Good saddle pads. Equestrian Stockholm and PS of Sweden have made entire businesses based on that premise. PE did add other new saddle pad styles and shapes, but largely in basic colors. And I don’t want new pad styles, I want the trusty merino wool ones that are A++. So, sadly, another year goes by at PE with the same bad color combos and no new ones. Womp womp.

Luckily I had already pre-given up on PE and ordered a Presto-color-palate pad from Hufglocken last month, because coupon. Navy with dark green and gray piping. It will probably be months before it gets here but that’s fine because I didn’t actually need it yet anyway, it just drove me damn bonkers to look at his green bridle/green breastplate/navy pad that just did not coordinate at all. The pad needed some green to make it cohesive (but not too much green to make it matchy matchy), okay?

I am still holding out a thin glimmer of hope that Punk Ponies will someday roll out a version of their glitter boots in a nice super dark green. Those would be mine in .2 seconds if they did, I don’t even care what I’d have to get rid of to satisfy the “one in, one out” rule.

I’ve also, as always, been keeping my eye on Riding Warehouse’s “new” section. They’ve added some good stuff lately, like Ego7 boots (they even have brown!), the Champion MIPS helmets, fancy new girths, clothes in new SS20 colors (Kastel, we have to talk. Are you ok?), and lots of new saddle pads and colors. Again, a slightly disappointing lack of dark green all around, but there’s some burgundy, which I’m also kinda into. Ya know… if it can’t be navy or green.

What new stuff has caught your eye? Any SS20 collections that are really blowing you away?