Taking care of your own horses 24/7 definitely gives you a different perspective on them, and you start to learn some weird things. Particularly when cleaning their stalls and picking up their poop day in and day out. Like for instance, I came to notice that Presto’s turds are consistently small for a horse his size, like for real they look more like pony poops. Which led to a closer examination and determination that he has, well… a tiny butthole for a horse his size.

Seriously I don’t know why you people keep coming to this blog.

Aside from such earth-shattering revelations as tiny buttholes, I’ve also become keenly aware of and interested in their stall-keeping habits. Right now the horses are out for about 12 hours and then inside for about 12 hours. They have nice size stalls with runs attached off the back, so they’re free to come and go between the two spaces as they please. It seems like most of the horses prefer mainly pooping outside and peeing inside, which is nice. Easy to clean. Sometimes they’ll have one or two piles inside, but nothing major. Henry and Presto, however, are polar opposites at extreme ends of the spectrum.

Henry is very much a “poop where he’s standing” type of guy. He doesn’t seem to give it any thought, he just shits wherever he happens to be at the time. There could be 5 piles in his stall in all different spots. Or they could all be piled in one corner. Or he could have mulched it all up into soup. Or maybe it’s all outside. Every day is different, depending on how he spent his night. He seems to give zero shits about laying in poop and has zero motivation to “keep his room clean” so to speak. His is always the dirtiest stall and always takes the longest to clean. You just never know what you’re going to find and where.

Presto, on the other hand, is the opposite. In the entire two months that they’ve been coming inside at night, he’s pooped in his stall a grand total of twice. His poops are almost always relegated to the very end of the run, spread in a semi-circle next to the fence. Usually he has one pee in his stall, in the exact same spot every day, and he never lays in it. He uses hardly any shavings and it takes maybe 4 minutes to clean his stall and run.

It was kind of surprising to me to find that he’s such a neat stall horse. He’s not a clean horse otherwise, in fact he rolls at the edge of the pond every single day thus always has mud clinging to him somewhere. His mother was a pig in her stall too, so I have no idea where he picked up this inclination. At previous barns where he didn’t have a run, he wasn’t very neat, and often walked everything into a mess when he got bored. Something about having two spaces (and more space) makes him happier I guess? 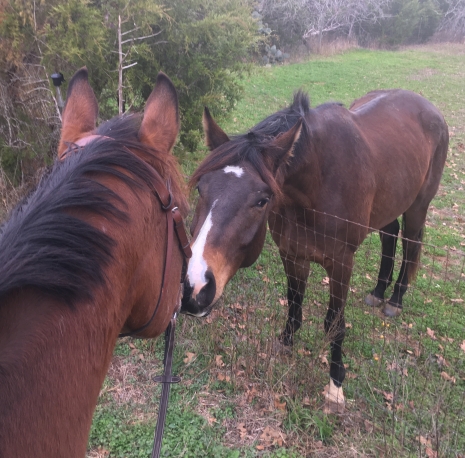 With work and my long commute and barn stuff, my days become a balancing act of trying to fit everything in during daylight hours, so the less time I have to spend cleaning stalls, the better. Thus Presto, who always has the cleanest stall of the four, always wins the unofficial Stallkeeper award. If you think about it, it kind of fits.

The whole “I’ll shit where I want and you’ll pick it up because that’s your job” attitude is very Henry. And the desire to please the human and do the good boy thing is very Presto. I’ve found myself pondering this often when I’m cleaning stalls; how weird it is that each horse’s poo habits fit so perfectly with their personality? Obviously the horses aren’t thinking “I’m gonna poop outside because the human prefers it” or “screw her, I shit where I please”… that’s not how their brains work at all. Yet somehow their habits do end up matching their basic personality anyway. 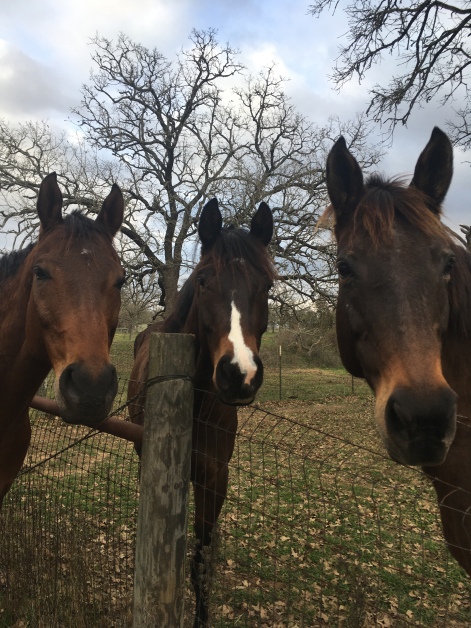 And then I was listening to a book about FBI profiling, and I was thinking maybe you could build a psych profile on a horse based solely on it’s stall keeping habits. Thinking of the four I take care of, you totally could, and you’d be pretty spot on. Perhaps this is a book idea in the making? Could you tell your horse’s psych profile from it’s stall? All this time people have been using whirls to attempt to read personality, but maybe instead we should be gazing into their dirty stalls.

Yes, these are the kind of ground breaking topics I ponder when I’m cleaning stalls. You could probably profile me based on that, too… tiny buttholes and horse personality profiles…