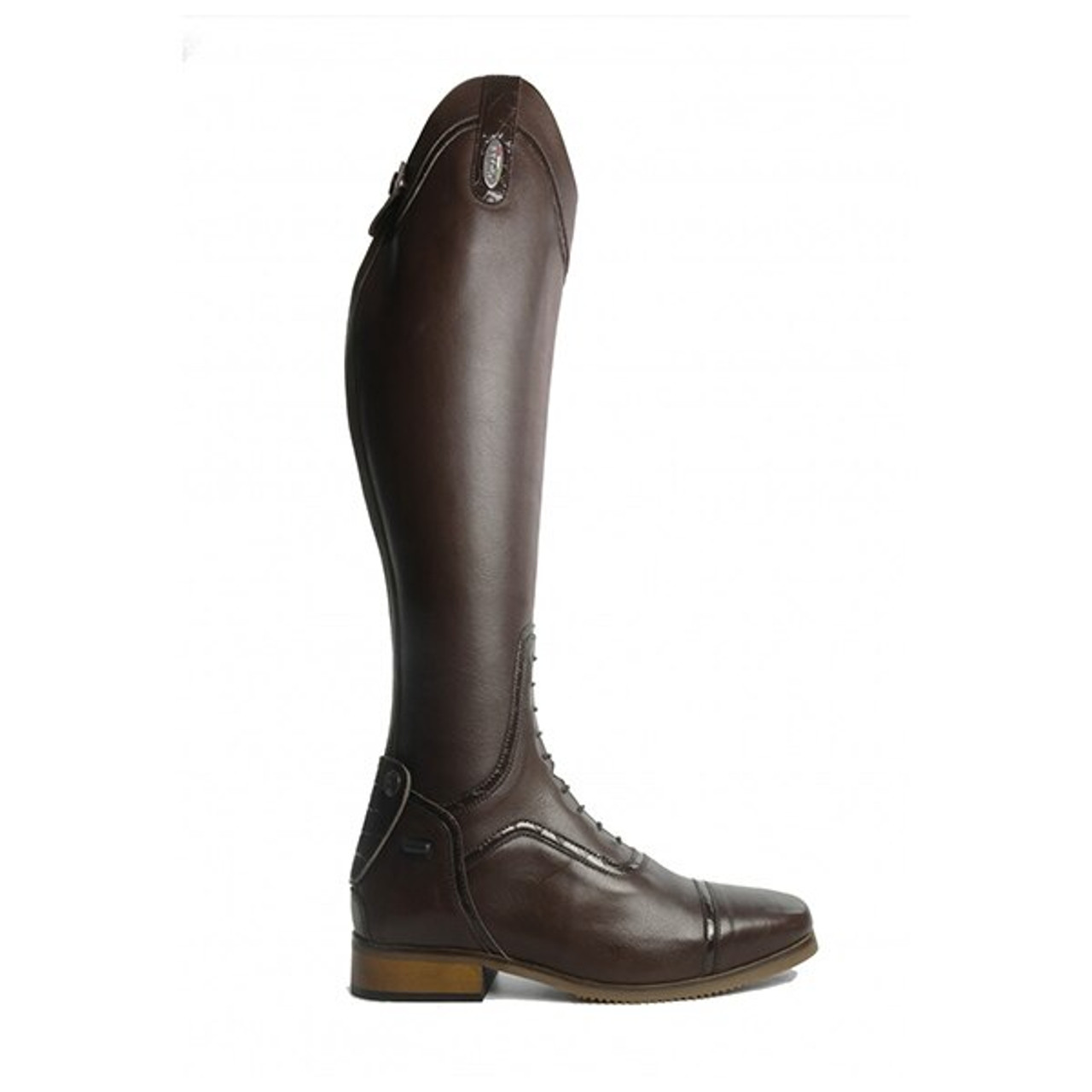 These are the cheapest of the bunch, coming in at under $300 USD, although I’m having a hard time finding them in the Tall height. They’re also probably the most average as far as quality, comparable to something like Mountain Horse or Ariat. The accents are patent croc, so a little bit fun. For the money though, they’re about as pretty as you can get, and they’re not boring.

These are a semi-custom brand that has blown up lately due to the extremely reasonable prices in Europe. They’re a little bit more than the ones above, but not by a whole lot. The leather seems to be better quality. They come with a patent top but I think I can change it out for something else if I wanted.

We’re getting a little more expensive now, but they’re a major brand of very good quality. I don’t love the grain leather, really, and I could upgrade to smooth but it would cost more. I like pretty much everything else about them though. Just not sure if I LOVE them enough to justify the higher cost? 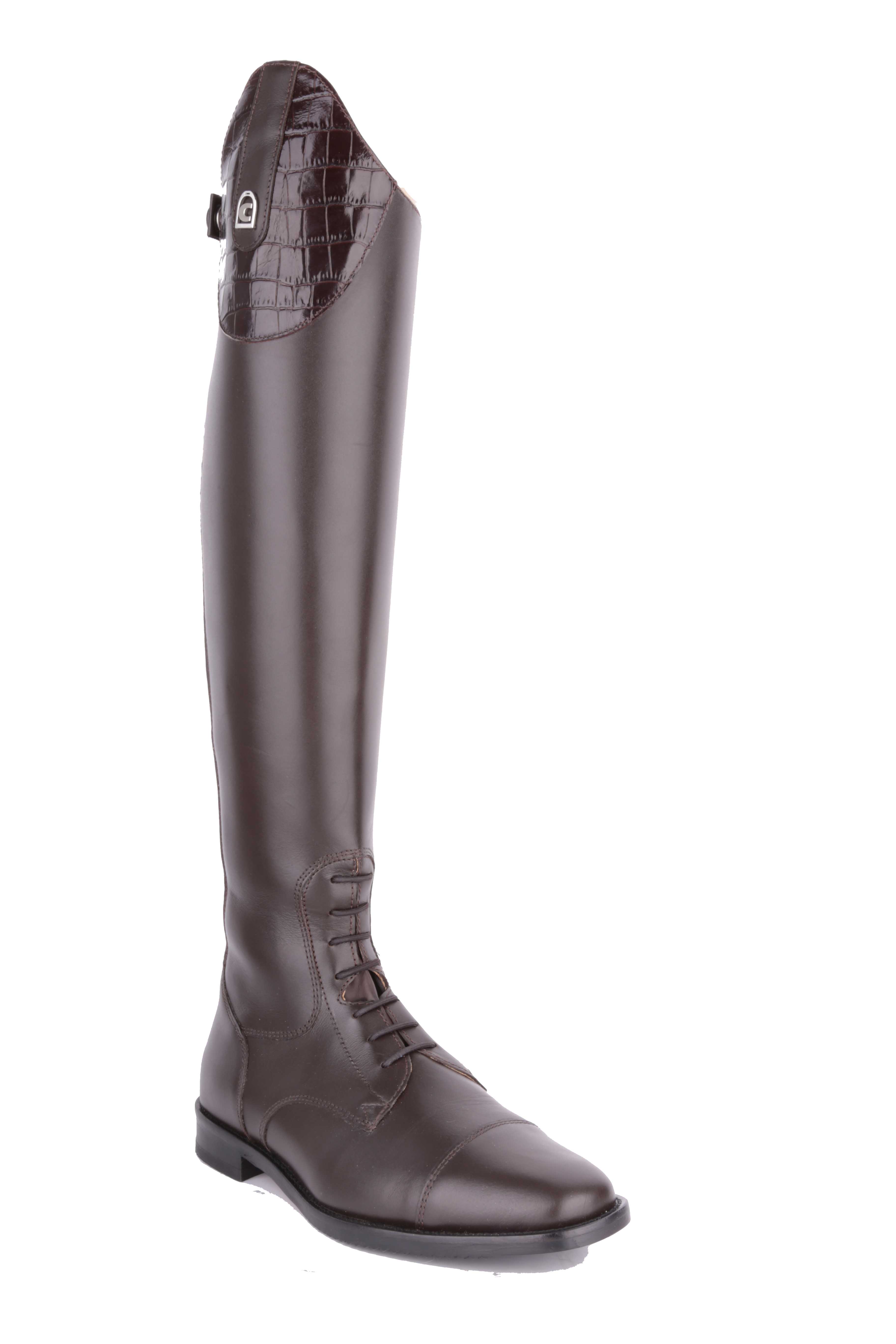 Another major brand, and reasonably affordable. I’ve never been much of a patent croc fan but it’s working for me on these. They have a few different options on the top but they’re like… glitter and snakeskin which are a bit much in that large of a quantity. They’ve got the longest lead time of the bunch, at 12 weeks. 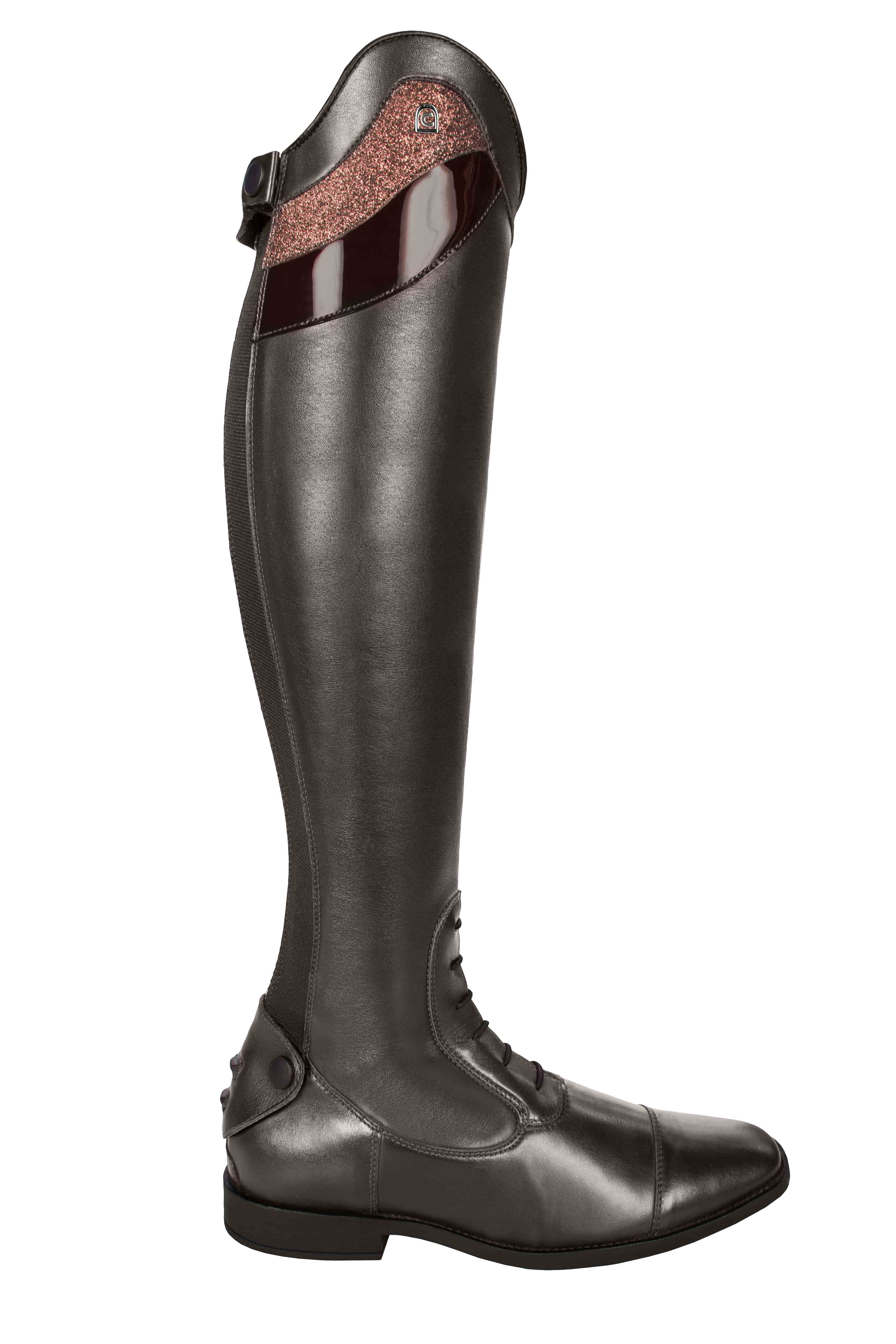 I’m trying to decide if that’s too much glitter for my taste… but same brand as above, different style to the top. About the same price, too. Maybe a little more fun/unique. I can’t decide if I really love them or really don’t.

That’s what’s grabbed me so far, anyway, that’s in the price range I was thinking (under $400-ish). I’m still looking around. There are waaaaaay more affordable brown boot options now than there were last time I was looking, which is definitely nice. Seen any really pretty, not super boring brown boots lately that I should go look at? I don’t need them necessarily, and I’m not in a hurry, but… we’ll see. Maybe something will go on sale? Hypothetically…