I think Hillary and I have some of the best conversations in the truck driving to/from lessons and shows. A lot of the random stuff that lives in my head gets to come out, and she often brings up other things and additional related points that I maybe hadn’t thought of. If you’re a nerd like me (us?), it’s fun.

One of the subjects we hit recently started as a discussion on dedication and morphed into talent vs commitment, which morphed again into what it means to be teachable. I had recently listened to a podcast with Stephen Bradley that touched on the subject, so I had already been through a lot of it in my head over the preceding days. (What, you don’t find yourself standing in the shower staring off into space while thinking about a random tangent related to riding theory or horsemanship?)

We started out talking about the subject of dedication, and how a lot of folks tend to be as dedicated as the people around them, for better or for worse. We as humans are like that in a lot of ways, as far as taking on the characteristics of the people we surround ourselves with. It’s why I’ve gotten so careful with my “inner circle” as I’ve gotten older. Hillary gave me what is probably one of the biggest compliments I’ve ever had, saying that she definitely agrees with that, because she thinks I am one of the most dedicated people she’s ever met, and being around me makes her want to buckle down too. I am keeping that compliment tucked away in my psyche for the next bad day when I need a pick me up, so thank you Hillary for that. She’s not wrong – out of all the things I lack, and there are many, dedication is not one of them. I was raised having to working hard for whatever I want, and I still do, so I don’t really know any other way. I’m an “all in” kind of person, if I’m interested in what I’m doing (of course the down side to that being: if I’m not interested in what I’m doing, I’m 0% “in”… sorry to literally everything else that’s not horses). 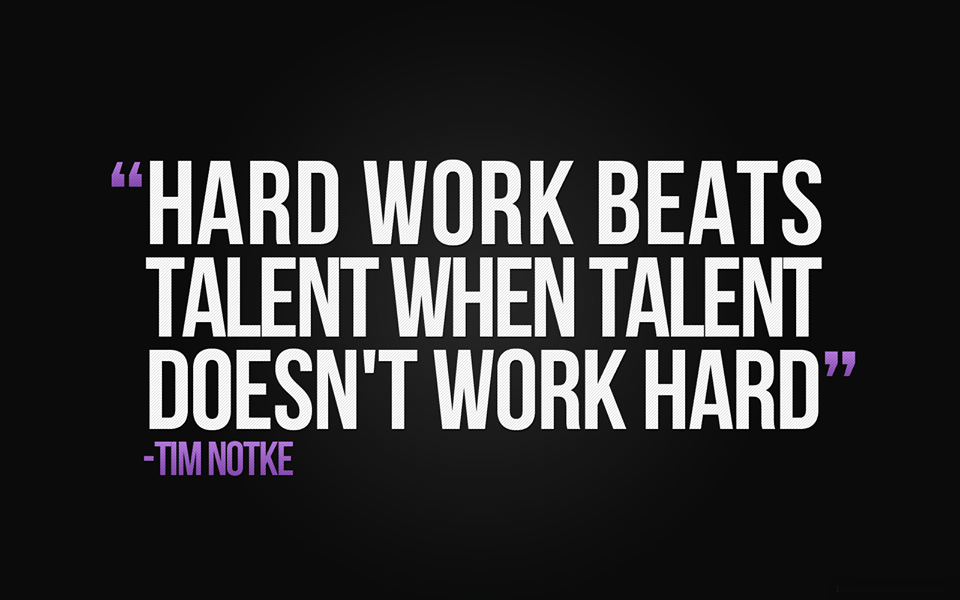 I’ve thought about this a lot in the past couple years, and I told her that I’m pretty sure I am the way I am because I’ve never been a particularly talented rider or been able to afford fancy or well-trained horses. I’ve always had to show up every day and do the work, and try to make the most of whatever I was lucky enough to be sitting on. I think a lot of us know what that’s like. If we aren’t 110% committed, we won’t make much progress. If I was a little more naturally talented, or if I had a horse that came to me as a “finished product”, would I have the same drive? If my parents had paid for my lessons and shows and bought me a super nice horse when I was kid, would I have the same drive? I don’t know. Probably not, honestly. Stephen Bradley talked about this too, saying that he never thought he was really that talented, but he wanted to learn and he wanted to be better, so he was insanely dedicated and did the best he could with the horses he had. With, um… significantly better results than myself, of course.

From there it morphed into what it means to be teachable, and I have to give Hillary a return compliment here because she is a good example of what teachable means to me. I’ve never heard her argue, she asks questions when necessary, she tries, and she’s respectful. She wants to learn. She’s got grit. She shows up with a “help make me better” attitude and is willing to listen to what anyone has to say. IMO, you can’t stop teachable people from getting better. If you show up every day wanting to learn, you will learn. If you’re open to doing things differently, you will learn. If you dig in when things get hard and embrace the process, you will learn. If you aren’t ruled by ego or pride, you will learn. As we were talking about it I realized that to me, being teachable is head and shoulders the most important quality when it comes to growth and success.

Well okay, maybe equally as important as dedication. But then again, maybe they go hand in hand. We both agreed that talent would be somewhere near the back of the pack.

I always think back to my days of teaching lessons at the barn’s summer camp… without fail I always had a handful of kids who were just as bad at the end of camp as they were at the beginning, and then another handful of kids who were little future champions. It had nothing to do with how talented they were on day 1, and everything to do with the attitude they brought to the plate every day. Guess which ones were fun to teach? Guess which ones I felt more invested in?

I don’t care if I’m the best rider at the show, or if I’m sitting on the best horse. Those are frivolous things, qualities that can come and go at any time and are beyond my control. Instead I want people to look at me and see that I’m dedicated, that I show up every day and work hard, and that I really want to learn. Having this conversation was a great reminder of that, and helped me get a firmer view of exactly what is most important to me. Those are the things I can control, and those are the things I want to strive for every day, which is exactly why I’m “putting pen to paper” now.

It goes along well with a lot of what I got from the book Chop Wood Carry Water, which includes an exercise where you develop a “scorecard” for yourself, to define what you consider to be a truly successful life vs letting society tell you what success means. You’re supposed to write down what characteristics you truly admire, and the ones you want to be known for, and then narrow it down to your top four. I’d been thinking about this in the back of my mind for a while but wasn’t able to really firm it up until after this conversation. Then it came easy. But I’ll get into the details of my scorecard and how I plan to use it more in the next Mental Game post.

What do you think on the subject of talent vs dedication vs being trainable? How important are these things to you? And, maybe more interesting, what would the top four things on your scorecard be?

22 thoughts on “On Being Dedicated and Teachable”