As I was setting up my stall area at Willow Draw last weekend, hanging my stall guard and saddle rack and tack hooks, then unloading all my stuff onto said racks and hooks, I had to chuckle a little at myself. Eventing is already a sport that involves a lot of CRAP. It’s 3 different sports, after all, rolled into one. You need stuff for dressage, stuff for stadium, and stuff for cross country. And if you’re a little… um.. extra… like me, you might take it to the extreme sometimes. Do I need different helmets and saddle pads for the different jumping phases? Prolly not.

I would also dare say that most people showjump and run XC in the same bridle. That certainly makes things easier, having only 2 bridles to deal with, and not having to worry about a quick change between phases if you have stadium and XC back to back. Of course, I showjump and run XC in very different bridles, both of which are also different from my dressage bridle, which necessitates me bringing a bridle for every phase and changing said bridle between each one. But it’s taken me a long time to arrive at the setups that Henry goes in now, and for where he’s at in his training, and where I’m at in my riding, I feel like each one fills a need.

My dressage bridle is, unsurprisingly, the most straightforward. It’s a monocrown flash bridle with a KK french link loose ring – really standard for dressage. Getting to that setup has still been an evolution over the years, though. Henry was so nervous about contact when I got him that after trying a few different bits, I took them away completely, and spent 6 months just riding him bitless in a side pull. Once he got used to being ridden more from seat and leg, I put him in a copper loose ring, and we started his reeducation on contact from there.

A dentist once recommend that I try a thinner bit, since he’s got a big tongue and low palate, which Henry protested to GREATLY. Eventually I tried a thicker KK on a whim, and that’s been his dressage bit ever since. For a while I couldn’t ride him in a flash, though, because he was so offended by it that he wouldn’t relax into the bit. These days I can ride him with or without, although I have a slight preference for with. I like all the padding that a crank noseband offers, but I have mine adjusted quite loose (2 fingers, inserted stacked, on the bridge of the nose), as is the flash. He does NOT like a tight noseband, and neither do I. He’s still a little bit tricky to ride into the contact sometimes, but he gets better and better, really really slowly, over time.

Finding something that works for him in stadium has been a lot trickier. He’s a horse that needs to be supported a lot (downhill problems), but he’s also a horse that doesn’t like contact to the fences. For a long time I just showjumped him in the copper loose ring, and experimented with different nosebands. In that bit he got a little heavy in a regular noseband, but I felt like he backed off my hand a little too much in a flash or figure 8. (Have I ever mentioned he’s really sensitive?) Henry is a little bit harder to ride in stadium, just because he gets behind the leg REALLY easily. The natural forward that he has on XC isn’t present, you have to manufacture it. In his early days I showed him in the jumpers in a side pull, and then a regular mechanical hackamore. The side pull wasn’t enough, but the mechanical hackamore was too much. There was too much leverage, and I had to set the chain REALLY loose or he got quite offended.

Last winter I started experimenting with his stadium bit/bridle again and decided to try the PS of Sweden hackamore. It appealed to me mostly because of the design – I love their crownpiece, but also the unique shape of their shank makes it have considerably less leverage than your regular mechanical hackamore. The arms are swept back quite a bit, and the slots that the noseband, chin strap, and reins sit in are a bit “open”, allowing the metal arm to slide more before it actually causes any action on the straps. It’s also got a nice leather curb strap – no chain. It took me a few days of playing with the adjustments on this to get it where I liked the feel… and everything is quite loose. Like a stacked 2 fingers under the noseband and the chin strap. As it’s set up now, the thing is a glorified halter, with a smidge of leverage. Turns out this is exactly what we needed, though, the perfect middle ground between a side pull and a regular mechanical hackamore. I can push him up into the contact, and he goes there happily, looking for some support, which makes it a hell of a lot easier to balance him and ride him up into the hand without him wanting to back off the contact and get behind the leg. It does make quick adjustments and steering slightly more difficult, but with correct use of seat and leg (which, uh, sometimes I do, and sometimes I don’t…) it’s not an issue. For now, this setup is golden for us. 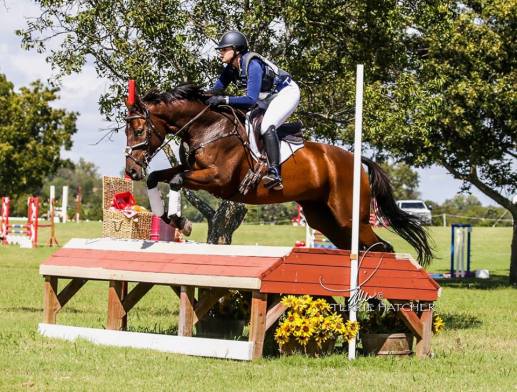 Cross country has actually been the easy part. He’s easiest to ride in this phase, mostly because he’s so freaking happy to do it that all of his typical over-sensitivity kind of falls to the wayside. He started out doing XC in the copper loose ring with a flash, but as soon as he decided that XC was the bestest thing ever and he was the greatest at it that ever lived, I needed a little more whoa. My trainer suggested a Dr Bristol full cheek (Dr Bristol to discourage him from pulling on me, and full cheek to stabilize/keep the Dr Bristol’s plate in the right position and to aid in steering). It’s worked great for him from Day 1 – enough whoa to get his attention, but not so much that he’s backed off the bit.

We’ve experimented a little with a running martingale and different nosebands. I used the flash for a while, but as the speeds have gotten higher and the distances longer, I moved him to a figure 8. It might not make a difference, but then again the horse already has respiratory issues, so if it helps liberate those airways even a tiny bit, it’s worth it. I didn’t feel like the running martingale ever actually came into play or was needed, so we ditched that a while ago. 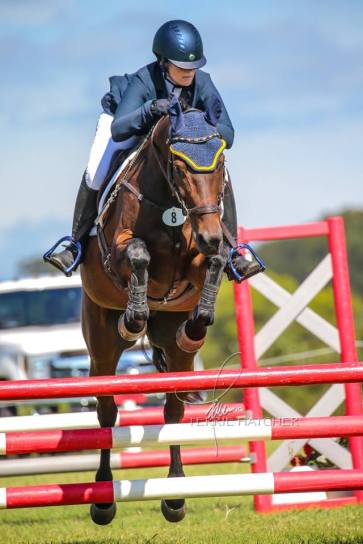 Maybe someday we will need more, or less, or different. Horses and their training are a constant evolution, just like riders and their skill sets. It makes sense that the equipment might change a bit over time. For now though, we lug around three bridles.

Bitting and equipment are always super fascinating to me… so many options, so many different wants and needs depending on horse and rider. What do you ride your horse in, and why? Has it evolved over time?