Between Presto, the cat, and my barnsitting charges, I have an extraordinarily high number of Floofs in my life right now. Not gonna lie, it’s awesome. I am a big fan of floofiness.

This is JB, aka Baby Floof, the new foal out at the barn where I barnsit regularly. It’s possible that the very first thing I did when I got there yesterday was go straight out to play with JB. 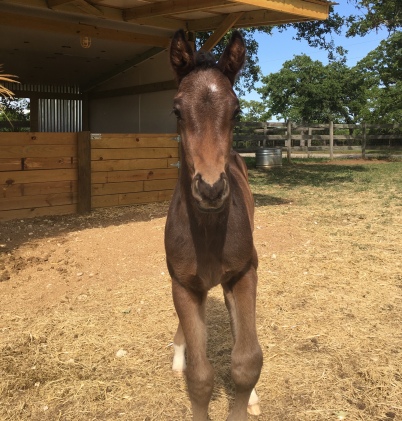 He’s going to be a super fancy dressage horse one day. His sire is Tolegro and his genetic dam (he was carried by a recipient mare) is a daughter of the resident black stallion Toni, who’s antics have made it to the blog several times before. 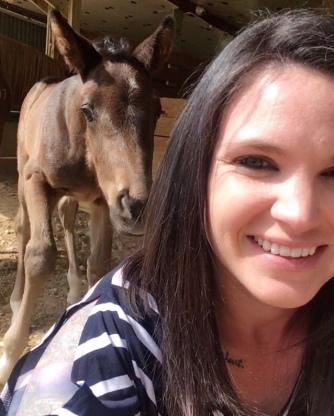 JB thinks he’s sneaky. He’s not. But he is VERY sassy, and 100% colt. It’s pretty cute, in that really naughty baby way. Especially since he’s not my colt and I’m not the one that’s going to have to teach him manners. You gotta watch your back around the Baby Floof, he’s quick and he’s armed at both ends. 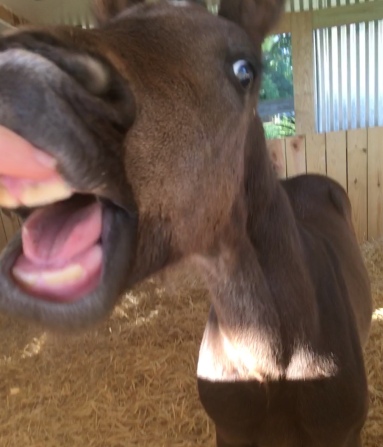 Barnsitting also comes with what is really THE ULTIMATE FLOOF. This is Lola the Malamute.

Pictures don’t even accurately capture how floofy this floof is, y’all. SO FLOOFY. She’s got the super derpy personality to match, too. So much leaping and flopping and tongue lolling around sideways out of her mouth. Hence why she gets the title of Ultimate Floof.

And then there’s the floof that many of you have already noticed – Presto’s forelock. That thing is Grade A mustang quality. It’s enough forelock for at least 4 or 5 horses… I thought Henry had a decent forelock but this one is 4x as thick and really frizzy. A few of the longer strands almost reach the noseband of his halter when it’s brushed out. Every day I try to smash it down so that it looks a little less wild, but my smashing isn’t really working. I have no idea what I’m going to do with that thing when I actually have to braid it. It does give him a very Emo Floof look, though.

And then there’s Grem, the Princess Floof. She got a big fancy cat tower this week (because she is the most rotten cat in all the land) and is absolutely obsessed with it. She likes to sleep in the little hammock or perch at the very top and threaten to leap down on the dogs. Her reign of terror, ruling the house with an iron paw, is still very much in place. And we inadvertently enabled it by giving her a castle and a throne.

Hopefully by this time next week there will be yet another Floof in our lives. Sadie’s “due date” is Sunday, and she usually foals pretty close to that. Can’t wait to see Presto’s newest half brother or sister!