Four years ago today I took a crazy leap of faith and bought a plain bay TB named Jerry off of Facebook, sight unseen. I immediately dubbed him NotJerry (because I didn’t like that name and didn’t want it to stick) before hemming and hawing for a while, looking at his pictures, and settling on Henry instead. A friend of mine picked him up in Arkansas and brought him back to Texas with her, so I didn’t meet him until the next day, but I was already a bit more in love than someone should be with a supposed “resale” horse. Clearly that whole resale part never happened.

This horse brings me so much joy, and puts laughter into my life every single day. He’s my best buddy, my team mate, my confidant, and my therapist. I trust him implicitly, and I’d like to think he feels the same way about me. Every day when I see that goofy face come greet me at the gate, it makes my heart a little more full. I’ve owned a lot of horses in my lifetime, having spent a long time going from one project to another, but none of them have been as special to me as this one.

That’s not to say that these four years have been easy-peasy. Henry is one of the most challenging horses I have ever had, and it’s taken me a long time to figure him out. He has some baggage that we may never fully overcome, but he shows up to work every day and tries his heart out for me without exception. He’s taught me how to be more tactful, more aware, and how to think outside the box.

He’s taken me on a journey I would have never even dreamed possible and taught me more than I knew I was capable of learning. He has humbled me, yet boosted my confidence at the same time. He is not fancy or flashy or endlessly talented. No one would ever pick him out of a crowd. But that plain brown wrapper is hiding a heart of gold, and that’s the most important thing any horse can possess.

If you had told me four years ago that we’d be where we are today, I would have thought you were smoking something really expensive. Henry has brought me back to eventing and reignited my passion for the sport. He’s carried me over things I never thought I would have the courage to jump. And yesterday in our dressage lesson we did a canter half pass that was good enough to get a “YES! EXCELLENT!” from our trainer. But mostly he’s just been a rock steady presence in my life, flopping that tongue around like a doofus when I’ve had a bad day or looking for just the right bush to spook at when he thinks I’m getting a little too big for my britches. I’ve never had another horse like him, and I can only hope that there are still many more adventures that lie ahead for us.

To Henny! You are one of a kind, bud, and it’s an honor to be your human. 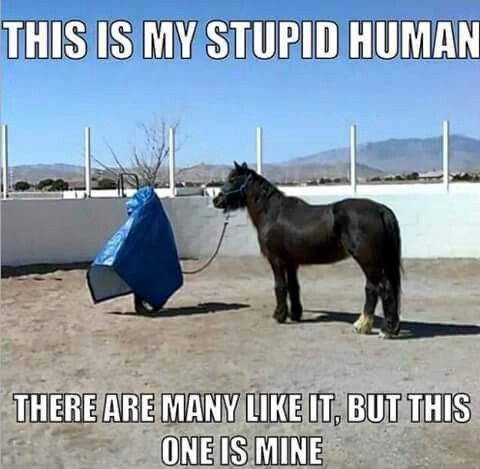 18 thoughts on “Four Years of Henny”