The Belgians were in Texas for the Willow Tree Warmbloods sBs inspection yesterday!

This registry is fairly new to this country, having come over to the US around 2010, but it’s starting to really get a good foothold with the jumper breeders. Studbook sBs horses are known as “Belgian Sporthorses”, not to be confused with Belgian Warmbloods (from the BWP registry). What’s the difference? Mostly which part of Belgium the studbooks are based in. Studbook sBs covers mainly the southern (French) region of the country and BWP covers mainly the northern Dutch speaking region. Although BWP has been known here in America for longer, sBs was actually the first Belgian registry. It’s quite small, numbers-wise, but has still managed to produce its fair share of superstars (ever heard of HH Azur or Rothchild?) and consistently finds itself near the top of the WBFSH Studbook rankings for jumpers.

Basically, it’s legit. Maybe you’d never heard of it before, but you have now. Also their brand looks kinda like the Budweiser logo, so there’s that.

One of the great things about sBs in the US is that they have full reciprocity with their books in Belgium. It’s not a completely separate registry like some of the other big North American based ones, so you end up getting a European passport as part of the horse’s registration paperwork. Pretty neat. The other great perk is that they use Belgian judges, which gets you consistency in the scoring and a solidly experienced eye.

Granted, they are a very jumper-oriented registry, and Presto is an eventer. I knew he wasn’t going to be the type they generally look for, conformation-wise, which is a big muscular well-developed type of horse… which is not generally what you see galloping around the upper levels of eventing. But I was obviously interested in their general impressions and thoughts on his movement… the opinions of experienced breeders and horsemen are always important.

Before I start recapping events, I have to give props to Michelle for how well she did with organizing and preparing for the inspection. The farm looked great and the judges had much praise for how professional the inspection was. She worked her butt off and it showed. Hopefully going forward we can draw even more people to sBs and her inspection. 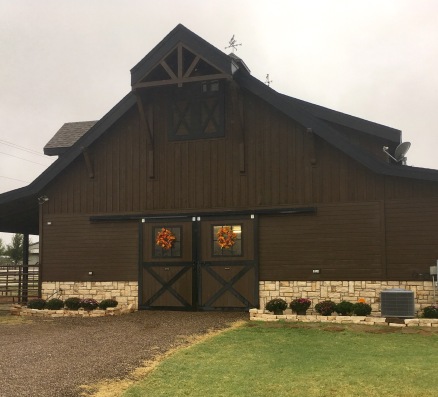 We had 2 foals (Presto and Liam) and 7 mares to present, which made for a busy morning. There were plenty of helpers though, so we were able to shuffle everyone through pretty quickly. It was an unseasonably cool day, 65 and overcast, so the horses were plenty “lit”. Some a little bit TOO lit.

Presto was a compete shitturd to braid. Totally wanted to murder him more than once, but didn’t. Gold star for me. He really needs to be weaned so his self esteem isn’t quite so damn high. He held himself together fairly well(ish) for the in hand portion but mostly just galloped around screaming like a deranged donkey for the free movement portion. There were like 10 steps of meh trot in there, so at least we got SOMETHING.

As I expected, they thought he was a little underdeveloped as far as musculature and “bulk” goes. The fact that he’s 74% tb means he will never be particularly solid, and I don’t want him to be, so I’m cool with those remarks. He definitely isn’t the big powerful showjumper standard. He scored straight 7.5’s for the type and conformation section. For perspective, his dam (who I commonly refer to as Hippo or Elephant) got an 8.5 on type. Just slightly different criteria in the jumper vs eventer worlds as far as that goes. 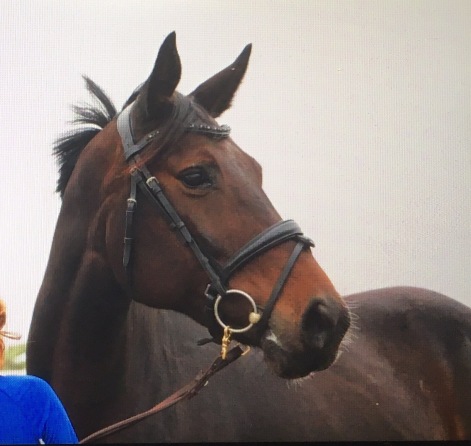 They liked his movement more, giving him an 8 for his walk (it was not very relaxed at the time) and an 8.5 for both his trot and canter. Considering I didn’t think he showed as much quality in his movement as I’ve seen from him before, I was pleased with those scores. Pretty much everything was right in line with what I expected.

After we finished with the horse inspections, both foals got branded and microchipped. Presto had a brief “AM I ON FIRE?” moment with the smoke, but otherwise seemed pretty nonplussed by the branding and the big microchip needle. Sure… stand just fine for those things but dance the tango while I’m braiding you. That makes total sense.

Obviously these pics are just the ones I snapped off of the nice camera’s view screen, so once I get the good versions I’ll post pictures of all the horses. It was a fun (and kind of exhausting) day, but most importantly Presto now has all of his “real horse” stuff done. All that’s really left is to get his lifetime USEF registration! But first: WEANING.