By the time most of you read this Henry and I will be on the road, on our way to Greenwood for our second HT of the season. It’s a 3-4 hour drive (or so the map says, I’ve never been) but he’s got a full hay net, I’ve got cheddar popcorn, and that’s really all that either of us require. We had one last dressage lesson last night, in which we played with rein back-to-canter for the first time. Hens thought that was great fun. He was much less enthusiastic about the subsequent canter-halt idea.

He also got to test out his fluffy new dressage girth, which he seemed equally unappreciative of.

Since he was in such a great mood I decided to give him a bath.

I asked him what he thought about that too, so I could tell his readers, but he just flapped his lips and ignored me.

On Wednesday I made the mistake of going back through a couple years of video from Greenwood to get an idea of the XC course and found that they have not one but TWO down banks. For someone on a horse who hates them, and considering we picked up a stop last fall at one, I am not excited. Now I’m dreading it a little and really hoping we can get it done. I chatted with Jumping Trainer about it and we devised a strategy, and more importantly – a mindset. We’re goin down for real. GDFR.

I’ll be playing this song on repeat all weekend until Henry is like “Holy crap, FINE, I get it, I’ll jump down, just please god turn off the Flo Rida!!!”. Seems like a totally legit riding and training method to me. Whatever works. 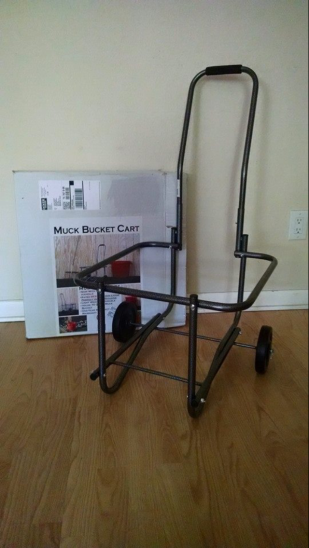