Presto had TWO rides over the long weekend! One was about 15 minutes and walk-only, so might not count, but whatever lets go with it.

On Friday (ride #10) he had two landmark moments in his 15-minute walk-only ride. First, it was his first time being ridden in the ring with another horse. The barn owner and I wanted to take the babies (her 5yo and my 3yo) for a short little hack across the property, so we started in the arena first. I led Presto out with the mare, got right on him with no lunge, and proceeded to stand in the middle and play tripod while I videoed the mare doing a few w/t/c laps around the ring. He stood like a champ and didn’t mind at all when she passed close by him at speed. I’m not sure you could ask much more from a 3yo that hadn’t been ridden in a week.

Then we walked out through the pasture, down the path, to the back of the property. Presto has gone a little ways that direction before, one time, but never all the way to the spooky back. He was interested, but stayed calm and quiet, and seemed to enjoy having a companion. It was a quick hack but both babies were super.

On Sunday (ride #11) I wanted to do more of what has become his “normal” short w/t/c ride. Well, first I wanted to check on the canter. You might remember me saying last time that I didn’t even canter him, because he’s growthy right now and was falling out of his canter lead behind on the lunge line. Out of character for him, but that happens sometimes in growth spurts. So first I lunged him for a couple minutes each way, checked the canter (his balance is back to normal!) and then got on.

He’s at that stage right now where he retains things so much that you feel like you’re building something tangible out of Lego’s. There’s a real satisfaction to getting on and seeing that despite going a week or two between rides, it’s as if the last ride was just yesterday. On his last real ride we started doing figure 8’s, changes of direction across the diagonal, and even big 3 loop serpentines at the trot. He was a little confused by the changes of direction at first, thinking he needed to walk through them, but this time he never even tried, just kept trotting right on through like “ok, now we go dis way”. He’s also getting a little bit straighter on his trips down the long side. I wouldn’t say he’s anywhere near actually being straight, but… it’s less drunken. The trot rhythm is starting to get a bit more consistent, too. It’s far from perfect but there are little baby improvements with every ride and I’m quite pleased with his progress with only this many rides spread over 2 months time.

Since his canter looked better on the lunge we went ahead and cantered under saddle too. He was a bit quiet about it that day so I had to encourage him forward a little more. Granted, this was, what… the 4th time he’s cantered under saddle? Sometimes he wants me to sit on him a bit more and help him balance (usually in the turns) and sometimes I need to get up off him and just leave him alone/send him forward. It’s a fine line between not hindering him but also not wanting to help him too much. I try to just adjust what I’m doing to suit how he feels underneath me at the moment.

I propped my phone up in the corner of the ring so I could get some stills and maybe a few flashes of video. I’m not editing all 13 minutes of the ride down to take out the “empty space” so I just nabbed the last minute that shows some canter and trot. Sorry, this is where my level of commitment is at right now.

The good news is that I finally caved and ordered a Pivo “robotic cameraman”, so hopefully I will have improved video capabilities soon. I was a little skeptical about the Pivo at first, but as they’ve done more updates it seems to be getting pretty good reviews from riders, and it’s very reasonably priced, so I figured why not try it. If you haven’t seen the Pivo, it’s this little device that you set your phone into and it tracks you/rotates as you ride around it, so you can get video on your phone while you’re alone that isn’t just a bunch of passes by the camera on a fixed tripod. Pivo seems to have recognized that it could potentially have a good market in equestrian sport so they’ve been doing a lot of updates, support, and marketing toward us. From the feedback in their facebook group it seems that the original Pivo (the red) works pretty well too, but the Silver has 2x faster tracking ability so I figured for $30 more I might as well go with that. There’s a good video review of it here. 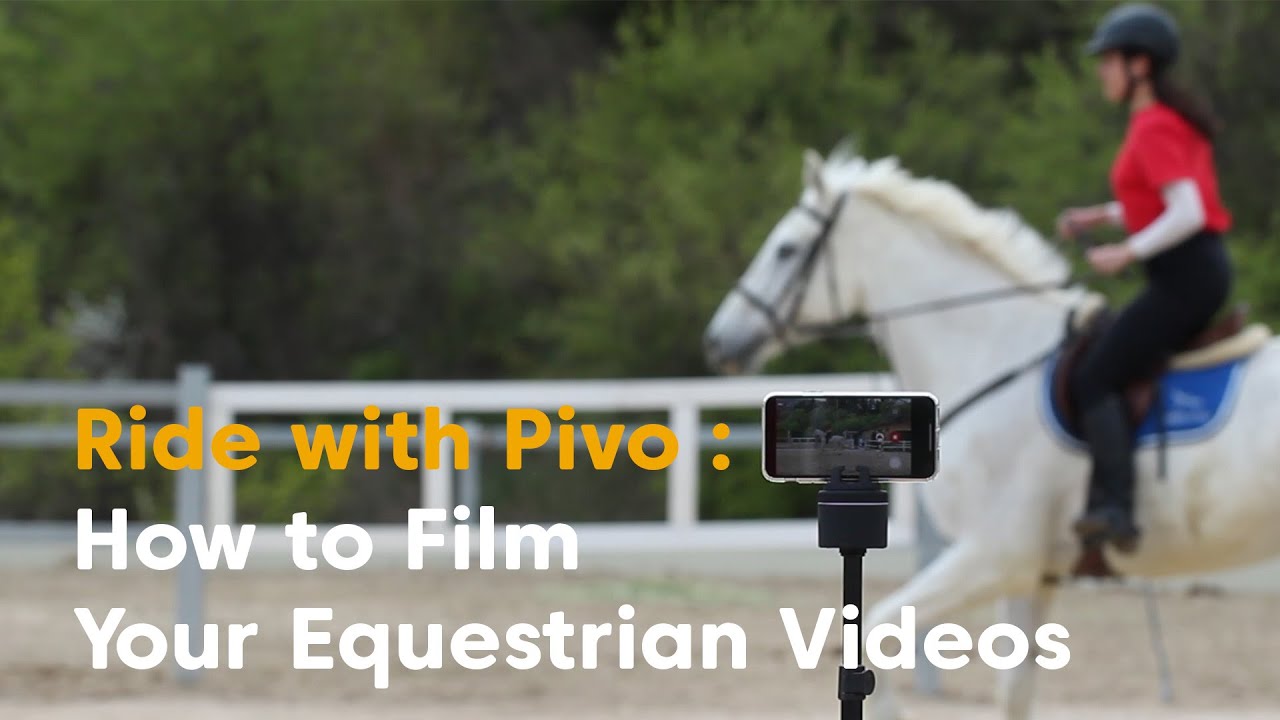 I’m not expecting it to be perfect but even if it only gets half of my ride, it would be worth it to have the phone video footage that doesn’t just consist of “trot past… wait a few seconds… trot past in the distance… wait a little more… oh there he went again… now enjoy the view of the arena for a while…”. Nobody likes that, me included. The Pivo seems easier and less fussy than the SoloShot or Pixio (you legit just pair the Pivo to your phone, plop it onto a tripod or a barrel or a mounting block, and start recording – that’s the level of work I’m into), albeit definitely far less fancy. Granted, it’s also only $110-$140 vs $700+. I’m hopeful that it’ll work well enough for what I need it for.

I’m also currently in the process of trying to plan Presto’s first off property trail ride. The plan all along was to get him broke enough in the spring to where we could spend the summer mostly hacking and trail riding, and I think he’s there, so I’m keen to see if I’m right. Maybe in the next couple weeks!