You made it, friends! It’s the final “In the Blood” post of 2019, so after this you’re off the hook again until spring. I feel like I’m still evolving in how I do these posts and what statistics are proving to be consistent, and which ones are proving to be more interesting (at least to me). If there’s one thing that the endless hours of research and spreadsheets have taught me, it’s that there IS definitely a pattern here when it comes to what makes an upper level event horse. Well… usually anyway. For now, let’s take a deeper look at the Pau field!

I found myself going off on a bit of a mare tangent on this one, for two reasons.

1) if you are in any sporthorse breeding groups on facebook, you have probably seen breeders arguing (sometimes quite vehemently) about sport mares vs career broodmares. Is it important for a mare to have had a sport career herself? Do mares that are proven in sport produce better offspring? Watching them go back and forth about that will give you whiplash.

2) there are two horses in this field with the same dam. A pretty rare feat, but one we also saw this year at Burghley (with a different mare).

So, let’s look at the dams a little bit here. My eyes started to cross a bit as I was researching, so I only took a super deep dive into the dams of the top 10 horses (well, aside from that mare who had two offspring in the field, but we’ll get to her). Of those top 10 horses (I couldn’t find details about the dam of one, so toss that one out), two had dams who competed at the FEI level in sport – one a 1.30m showjumper, and one a 2* eventer. The rest were either career broodmares or a mixture of lower level riding horses with a few foals. The 1.30m showjumper mare also produced a 1.60m showjumper – so she has a top level eventing offspring as well as a top level showjumper, both of which exceeded her own success. One of the career broodmares has a 5* offspring, a 4* offspring, a 3* offspring, and a 1.30m showjumper to her credit.

And the mare that is the dam of two horses in the Pau field? 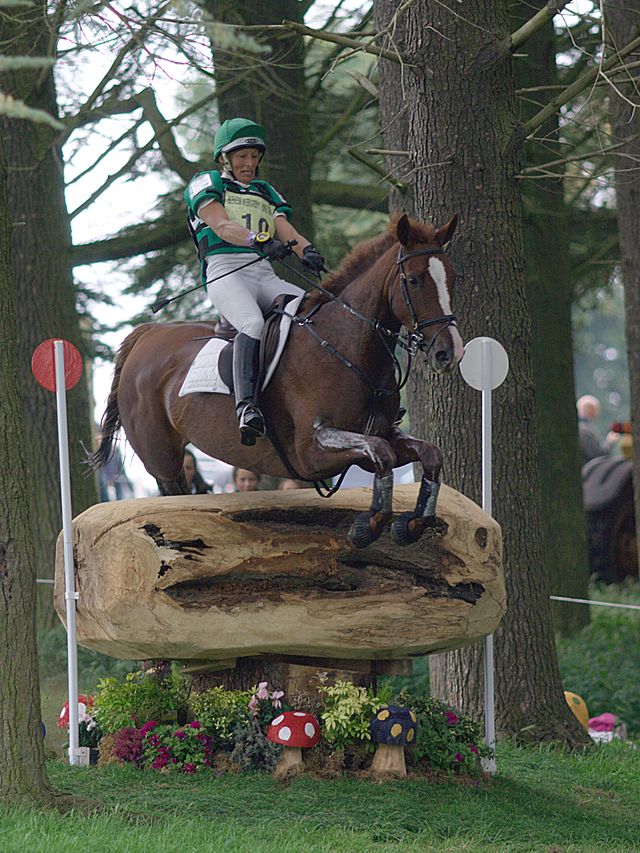 King’s Gem, who herself competed at Pau (her only 5* completion) with Gemma Tattersall in the irons. King’s Gem was bred by Mary King and is by the very successful event sire Rock King. She is the dam of King Albert (sired by Mayhill xx, who competed through 4* with Mark Todd) and Chilli Knight (by Chilli Morning, who competed through 5* with William Fox Pitt).

Sportmares vs career broodmares… the debate goes on. Psst, no one tell them that they’re both right, it ruins the fun.

Moving on to all the normal statistics, the average blood percentage for the starting field was 62%, with only 3 full thoroughbreds. That’s the fewest we’ve seen in any 5* this year. The highest placed full TB was Canadian-bred More Inspiration, finishing in 12th. More Inspiration was one of three full siblings, and at 55k earnings in 28 starts he was the best racehorse of the 3.

There was only one stallion who had more than one offspring in the field – Chilli Morning, sire of Chilli Knight and Jalapeno. Both completed XC but did not compete on the final day.

Interesting for breeders that despite being quite blooded himself, both of these top level Chilli Morning offspring are also out of blooded mares. Blood plus blood.

Other stallions do make multiple appearances in the first three generations of the field’s pedigrees though, in different places. Quinar, Quick Star, and Pilot for the warmbloods, and Mytens, Shaab, and Buckskin for the thoroughbreds.

It’s been a long year of spreadsheets (my 2019 excel document has 11 sheets! 11 different events! 11 different times I’ve spent WAY TOO MANY HOURS on this!) but I continue to learn a lot and be a bit addicted to all of this. It’s fascinating, if you’re a breeding geek. Thanks to those who have followed along with the series, and if you have any suggestions for stuff you’d like to see in the 2020 editions, let me know! Until then, I’m looking forward to a bit of a break.