Yesterday was freaking awesome. Okay so this whole trip has been awesome but it’s possible that this was my favorite day so far.

We started in Le Mans, picking up ex-pat Mimi (y’all know her from her hilarious recreations of Presto pictures) along the way. She was vital to the day’s success, since she actually speaks French and has a clue about how things work around here. Mimi, you’re the best.

From there we went to The Stallion Company, where we saw Grafenstolz, Namelus R, and Quintero la Silla.

They were all lovely stallions, but we fell in love with the super cool character of Quintero. He seemed like a very kind boy, especially from the manager’s description of what he’s like in the barn. We also got to see a colt by him, which was a nice perk. Quintero is a big dude with lots of presence and so was the colt.

We also got to peek inside their lab and cold room, where we saw container upon container of frozen semen. Seriously, never seen so much in my life. Their worldwide operation is super legit.

From there we stopped at a store that Mimi insisted we had to see. It was just your basic run of the mill sporting goods chain store, but it has an EQUESTRIAN SECTION. That’s right y’all, two whole aisles of horse stuff right in the middle of all the other sports, and everything was cheap. It’s possible that I bought another pair of gloves. One can never have too many gloves, right?

Then we stopped at an awesome bakery in some other random little town, picking up a quiche and some cake/eclairs that were ridiculously to-die-for good.

THEN we were off to Haras du Feuillard, the home of (drumroll please) Presto’s sire Mighty Magic!

I was excited to finally see him in the flesh, after all these years of being a super fan, and boy did he not disappoint. Presto looks SO MUCH like him it’s almost spooky, and they both have the same goofy side eye and extreme mouthiness. I posted a video on my Instagram but here are a few screenshots to give you an idea. Look familiar? 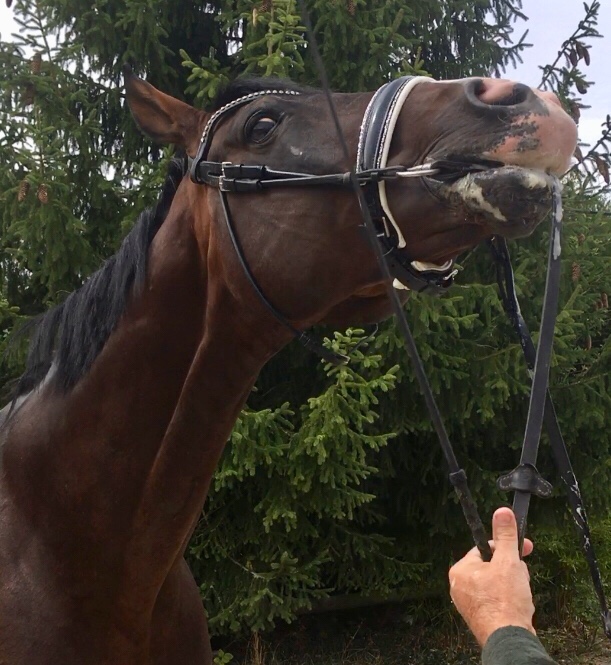 It’s just crazy how similar they are, right down to the ever-present need to have something in their mouth. MM is beautiful, I was not disappointed.

We also asked to see his stablemate Cassitano, who I think is an interesting cross for a TB mare to make an eventer or to a dressage mare to add power/canter. He’s so correct, and jumped to 1.45m before switching to dressage and going to Grand Prix with a young rider. He can move, he can jump, he’s beautiful, and he has a great character. Loved him as well. 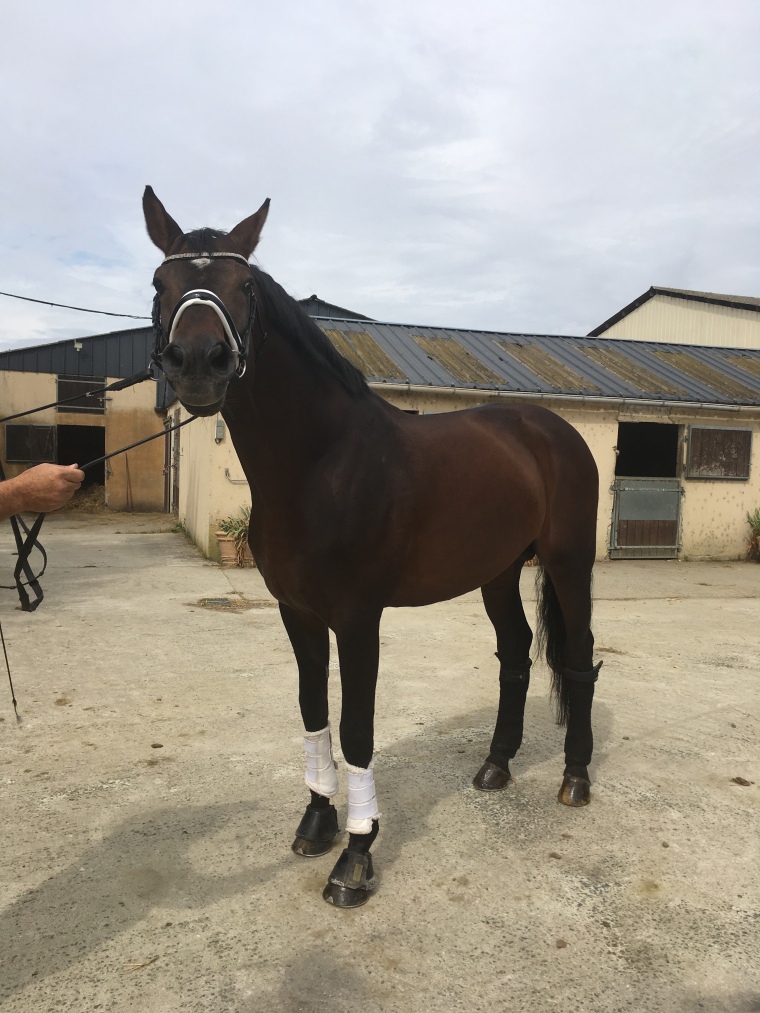 Mimi also made the mistake of asking to see the Mighty Magic x Welsh cross yearling, which was ADORABLE, and loved Mimi, so now we have to figure out how to crowdfund a baby pony for Mimi. His dam was 13.2h and jumped to 1.40m, how nuts is that?

After that we were back in the car and headed to Haras de Brullemail, where we were greeted by none other than Olympian Jaguar Mail. He went to the Hong Kong Olympics for showjumping before going on to sire 5* eventers as well as 1.60m jumpers. He is 82% thoroughbred and 100% gorgeous.

He was a very sweet boy, happy to see that we brought him an apple, and also happy to get lots of wither scratches. I loved his temperament, and he’s quite a good size and well put together. Another lovely stallion, and he looks great for a 22yo horse that had a big career himself.

We also got to see TONS of mares and foals and older offspring at Brullemail, it was like the pastures full of fantastic horses were never ending. We saw tons of 2yo colts, tons of foals, broodmares like Tresor Mail’s full sister, Jaguar Mail’s half sister, and Jaguar Mail’s dam. The owner Bernard is so knowledgeable about all of his horses and their bloodlines, and obviously proud of them. He should be. At one point Mimi was standing there in the middle of a sea of foals saying that if she got kicked in the head and died right there, she’d be ok with it because she was already in heaven.

We were at Brullemail forever, yet we still didn’t get to see all the horses. We had to cut it a bit short in order to get Mimi back to the train station in time. Which required some Formula 1 type driving from Michelle in our little Volkswagen Polo, which I thought was great fun. Mimi seemed a bit nervous. But hey, we got her there EARLY.

Thanks again to Mimi for all of her help, we had a fantastic day! Now Michelle and I are off to a foal show in Clarbec. Tough life…