Boy oh boy have I been able to do some thinning of my facebook friends this week. I’m just gonna throw this out there, but if your response to someone being set down for sexual misconduct with a child is to petition to have SafeSport disbanded (I do think its kind of funny that people are submitting a petition to the very same government that put SafeSport in place, though. The irony. It kills.), or to blame the victim for not coming forward before now (what makes you think they didn’t?), or to make excuses like “it was a different time” or “it was a long time ago” (newsflash, molesting kids was illegal then too), or to try to give someone a free pass because of “all they’ve done for the sport”, I’m not interested in maintaining a friendship. Maybe that seems harsh, but if you’re a child abuse apologist and sympathizer, then well… that’s all I’ve got to say about that. That’s the only black and white part of all this.

Whether or not GM actually did it, we don’t know for sure. I’m not here to debate that or spread gossip about who said what when. We aren’t privy to the details, nor are we entitled to them. Guilt or innocence doesn’t even matter for that particular ethics debate. As soon as you start making excuses for child abuse or blaming the victims, we’re done here. I admittedly can’t wrap my head around this “I Stand with George” facebook group either. How can you possibly stand with (or against) a particular person when you have no idea what all the investigation uncovered? That’s not support, that’s blind hero worship, and that’s dangerous. That’s how we got here in the first place. Keep in mind that this was the exact same reaction when Larry Nassar was outed, by the way. If you still haven’t listened to the Believed podcast, I’m starting to feel like it should be a requirement. None of us have any idea what goes on in private, even with our closest friends.

Now, setting aside the ethics debate, if you’ve got SafeSport policy or process concerns, then I 100% get it. There seems to be a lot of confusion out there about SafeSport, how it works, what the process is, what it’s job is, and how it relates to USEF. It is certainly not a perfect system by any means. None is. Look at our exceptionally messy judicial system. But I’m pretty sure if I have to repeat the line “USEF is not the one that made this decision” one more time, my head is just gonna explode. If you don’t even understand which organization does what, much less what they’re doing and how, you should probably do some reading before you comment.

People also don’t seem to understand the difference between a criminal charge and a private organization’s sanction, and what constitutional rights (or statute of limitations, due process, or burden of proof) apply to which scenario. Please people, do some research. It’s all online. Handy dandy SafeSport flow chart is here. SafeSport Code is here. FAQ’s are here. USEF SafeSport policy and MAAP guidelines (with specifics) are here. SafeSport responses to specific questions and concerns put forth by the horse community are here. That should be enough to get you started. If you want to complain about it, great, no problem, but at least understand what you’re saying.

I know that most people won’t read any of that. They aren’t interested in understanding, they’re interested in reacting. Which… ok, fine. But what I have a major concern with is the industry professionals and trainers who don’t seem to understand any of this, nor seem to want to. Especially the ones that are standing here saying that SafeSport is going to destroy the industry, or that they simply cannot operate their businesses under these impossible constraints. 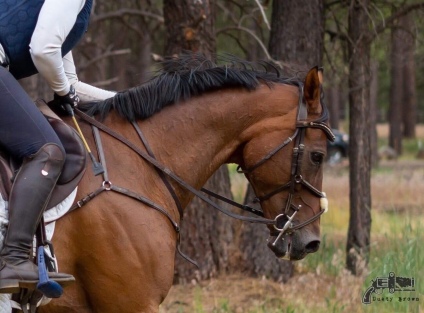 I’m gonna be really blunt and unpopular for a second here.

Welcome. To. The. Real. World.

Look, y’all. It is 2019. It doesn’t matter if you’re a lawyer, a doctor, a teacher, a janitor, a rocket scientist, an IT professional, a cashier at Walmart, or (now) a horse trainer. You can be removed from your job or have your licensing taken away at any time, for any multitude of reasons. My HR department could literally pull me in today and fire me. The sports world has never had an HR department, until now. The best way to avoid losing your job? Learn how to act like a damn professional. Learn how to make your business practices comply with society’s standard of conduct. Other sports are doing it. It’s possible, I promise. Is it a change? Yup. Does it require some restructuring of a lot of programs? Probably. This business has been flying under the radar for a long time, and look what kind of culture we’ve allowed to foster and go unchecked for decades, both towards horses and towards people. Clearly we needed something like SafeSport to police us, since we’ve been unsuccessful at doing it ourselves. The truth is, a lot more big names are going to fall from grace before SafeSport is done cleaning house. There is a very ugly underbelly to our industry, and we’re past due to pay the piper.

It’s bothering the hell out of me to see so many trainers choosing to go after SafeSport rather than seeking to understand it, or seeking to clarify it, or reaching out and asking questions, or, if they’re so compelled, trying to champion SS reform. I get it, people are running scared. The common panicked exclamation is “One client with a grudge and my career is destroyed”. Not true. Unless said claimant can substantiate their claim in such a way that the investigators think that what they’re saying is likely to have occurred, no action will be taken. Furthermore, if said claimant is found to have knowingly filed a false claim, they themselves can be sanctioned. Even furthermore, lifetime bans are reserved for only the most severe of offenses, usually involving sexual misconduct with a minor. You aren’t going to get banned for making a kid do push-ups. Everybody is being a little overdramatic. I have to give a lot of props to Kristin Hardin, she’s one of the few I’ve seen that actually seems to get what’s at stake here.

SafeSport doesn’t have to be the enemy here unless you want it to be. People might hate that they have to get with the times, or resist change, but the truth is, it’s going to happen anyway whether it’s SafeSport or someone else. There is no going back. Following SafeSport guidelines will actually protect the industry professionals too, if we let it. We live in a pretty litigious society, you would be wise to protect yourself.

Now, if you don’t like something about the SafeSport process – fair enough. There are plenty of holes in any process. Learn it. Get involved. Ask questions. If there need to be changes, find out how reform can happen. But SafeSport isn’t going away, and resisting it isn’t good for any of us. It’s up to us to figure out how to make this work. I also think it’s really important to remember why it exists in the first place. The mission statement: Our mission is to make athlete well-being the centerpiece of our nation’s sports culture. All athletes deserve to participate in sports free from bullying, hazing, sexual misconduct or any form of emotional or physical abuse.

If you can’t get behind that, you don’t belong in any sport, and especially not in a position of power. Period. Full stop.

64 thoughts on “Let me make myself unpopular for a minute”