Ah yes, the good ol’ fashioned “how to make eventing safer” debate. Depending on who you ask, there are all kinds of things to blame for safety issues. I’ve heard everything from the death of the long format, to the change over to the popularity of the warmblood, to the footing, to the course design, to the speed, to the technicality, to the level creep, to the fence construction, to the way riders are brought up and trained, to money, to pressure, and even tack choices. To be honest, I think there’s some truth to be found in almost all of them. It’s not a simple situation, and I don’t think there’s one answer. At the end of the day we’re still galloping horses at solid fences, and there’s still a lot that could go wrong.

First, though, I think it’s important to acknowledge that, statistically, eventing has gotten safer over the past 10-15 years. The fall rate has dropped, including that of rotational falls, since that data started being tracked. There’s no disputing that. We definitely do hear about mishaps more these days, in the age of social media. Everything that happens, at any event, anywhere, is common knowledge within hours. At the same time, I also think it’s true that here’s also more improvement to be made, and more we can be doing.

It’s always interesting to me to hear the perspective of top professionals on this issue. Some of them just kind of shrug and point to rider responsibility, but others have clearly given it a lot of thought and spent a lot of time formulating their opinion. A few days ago Horse & Hound posted an except from Eric Smiley‘s new book “Two Brains One Aim”, in which he talks about how he thinks that a trend toward bigger and harsher bitting setups have led to increased danger on the cross country phase. The full except can be found at the link above, and I highly recommend giving it a read, but I pulled a few quotes that jumped out at me. 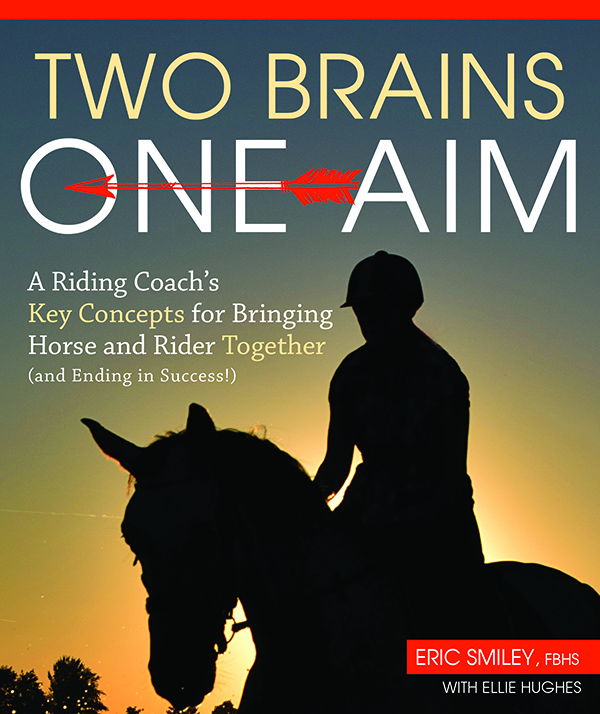 I first noticed the desire to achieve greater control when the minimum weight restriction was removed from the eventing cross-country phase in 1998 (previously all horses had to carry 165lbs (75kg), made up with lead weight if necessary, for the cross-country phase). At the same time, courses started becoming more technical. These two changes brought control into focus as lighter riders were now riding big, “scopey” horses, and they needed better control to negotiate the more technical courses. The short fix was to find a bit that offered more control.

Asking a horse to gallop at Preliminary (US) or Novice (UK) cross-country speed of 520mpm before he is comfortable with a fast canter (350–400mpm) has every chance of triggering his natural response of “run.” The moment speed becomes a conditioned response to the rider shortening her stirrups and getting into an open space, the rider feels the need to control it. Now problems arise and the perception is that brakes are needed.

The range of bits and gadgets is endless. Some of the most popular are:

Every one of these is a potential disaster waiting to happen! The bits I have listed above, and others like them, have an action that encourages hollowness in the horse’s way of going that is detrimental both on the flat and over fences.

But by using bits that encourage an incorrect way of going, we create many problems for ourselves and the horse:

➤ The jaw shows resistance.
➤ The head comes up.
➤ The neck goes hollow.
➤ The shoulders become blocked.
➤ The steering becomes delayed and unresponsive.
➤ The back becomes less “through.”
➤ The rider stops using her legs for fear of more speed.
➤ The horse’s hind legs are less engaged.
➤ The rider’s hands become the dominant aid.

Spend a day watching cross-country and you will see some unsightly pictures. Look more closely and there is also a trend: most of the ugly sights are control issues. Look more closely and you will see these control issues will also have a bit issue. Course designers cannot make the jumping phases of eventing higher or wider in their effort to separate competitors, so they have had to use their imagination to test the control of horse and rider.

To produce a suitable canter or gallop, the horse must allow himself to be balanced by accepting the rider’s leg aids. These aids should engage the hind end in a way that doesn’t produce speed, but encourages the horse to accept the contact and the resulting adjustment to speed in a round and rideable way. Failure to do this makes it difficult for the horse to see, assess, and take responsibility for his part in the jump.

Eric’s perspective is one that I haven’t heard many people mention, especially not this in-depth. I don’t necessarily think it’s always true across the board, but I’m sure any of us can sit here and think of many scenarios for which it certainly does apply. You definitely see some wacky bitting rigs on cross country (y’all know how I feel about ML’s choices) and many times, sooner or later, it does end up going the way that Eric says.

Of course… bad things happen in snaffles too. That’s an undeniable fact. I also think that not every horse can go in a snaffle, no matter how much we want them to. His perspective does get me thinking, though. I found myself going “he’s not wrong…” to a lot of what he’s saying. Examples of misusage of bits and equipment can be found across the board in all sports – most just don’t have as much inherent risk already at play as ours does.

It makes me take a closer look at what I’m doing, and the equipment I’m using. Yes, Henry goes cross country in a snaffle, and yes, we work on adjustability from seat and leg EVERY. SINGLE. DAY. But are we good enough at those things? No, probably not.

What are your thoughts on Eric’s perspective? Do you think that there’s an issue with bitting (or, really, a constant quest for ever more control over the horse) across disciplines? Do we cover up basic training issues with bigger bits? And does that eventually catch up with some of us later on down the road? Whether or not you agree with what Eric is saying, I hope you at least think it’s as interesting to ponder as I do, applied both to what you see from others and to what you see with yourself and your own horse.

Oh and totally by random happenstance, I noticed that Trafalgar Square has a 20% off sale today (use code LOVEHORSES), and they carry Eric’s book. I haven’t read it, I have no idea how it is, but I ordered a copy for myself this morning!

26 thoughts on “Cross Country and Bitting”