I was looking through some old photos on my computer the other day and stumbled across several from Sadie’s 2 year old year. Seeing as how Presto is now entering his own 2yo year, a decade later, it was really interesting to scroll through those photos. First, to see and remember exactly what I was doing with her that year, and also to see just how much her body changed throughout the year. Those first couple years, the changes come fast and they are drastic.

I’ve talked before about how I felt like I didn’t work with Sadie enough when she was a baby, so it’s no surprise that Presto has already done or been exposed to a lot of the things Sadie was introduced to as a 2 year old. 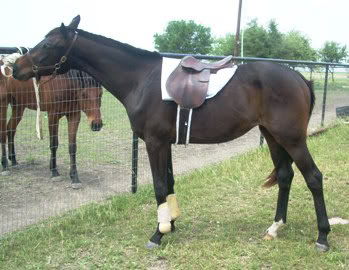 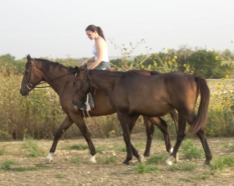 These pictures span pretty much throughout her entire 2yo year, the first part of which she spent mostly in a field with me seeing her only on weekends, and the latter part of which she spent at a boarding barn with me seeing her a few days a week. In the spring she wore tack for the first time, in early summer she got ponied for the first (and maybe only?) time, and then in late summer and fall she went on her first field trip to the park, freejumped, and did more serious lunge work. She didn’t do any of those things on a regular basis, I tended to have more of a “one and done” approach.

Presto, of course, has already done a lot of these things, most of them several times over. 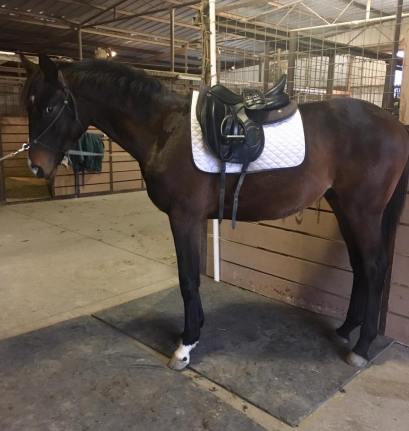 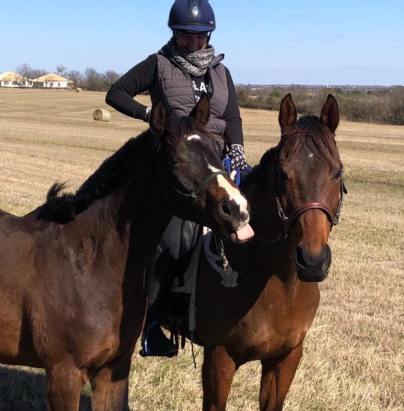 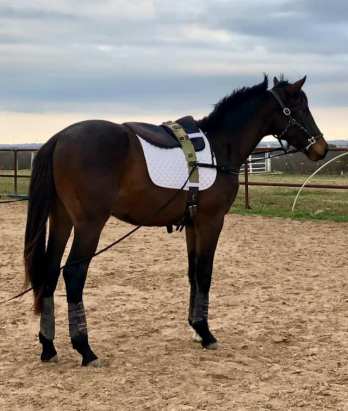 In a lot of ways Sadie was my guinea pig – the first horse I raised myself – and I learned a lot by way of trial and error. Not only did seeing her old pictures give me flashbacks (mostly to all the things I should have done differently) but they also made me remember just how much I really love this process. There’s something so incredibly rewarding about raising the babies, and teaching them new things, and seeing them soak it up like a little sponge. I didn’t always feel that way though.

When Sadie was young I mostly remember how incredibly impatient I was for her to grow up so that I could ride her. In my mind, at least back then, that was where things really started. My obsession with groundwork really didn’t begin until the tail end of her “childhood”, and I’ve learned a heck of a lot since then. I haven’t felt those same impatient, hurry-up-and-grow-up-so-I-can-ride-you feelings with Presto. I’ve had a lot more fun with him in these baby years, and I’ve approached him more from a “let’s do all the things that will give him the best foundation possible before riding ever comes into the equation” point of view. With Sadie, the first couple years felt like an obstacle, but with Presto, they feel like an opportunity. And that has nothing to do with the horses themselves – that’s the difference in me as a horseman 10 years ago versus me as a horseman now.

The other fun part of looking through all those pictures was watching Sadie physically change through the year.

She was almost a hand taller by the end of the year, and fluctuated drastically from squat and chunky to long and lean and then back again. She also finally started to grow into her legs a little bit, although by the spring of her 3yo year she looked like a giraffe again. Presto comes by that trait honestly.

I think part of having a baby horse is trying to picture, on a pretty much daily basis, just what they might look like as an adult.

I’ve given up trying to guess what Presto’s type might be. Sadie was very thoroughbred-looking for a long time, long and lean and light. And then she hit her 7th year and doubled in mass, and there’s not a darn thing about her anymore that would make you believe she’s 58% TB with a full TB parent. Presto has more TB of course, at 73%, but Mighty Magic is not known as a refining stallion, so it’s tough to guess what his adult type might be. More lean like his sire? Heavier like his dam? Who knows.

I think maybe this year I’ll make a concerted effort to take conformation pictures of Presto every couple months, so I can go back and see how he’s growing as we go along. Stumbling across the pics of Sadie was really fun, and I’d love to be able to have the same type of memories with Presto. Especially when he’s an adult, and we can all go back and laugh about how goofy he looked at 2. Because someday he won’t look like a giramoose anymore. Right? RIGHT???