It has been a weirdly dry winter/early spring in Texas. We had a couple of rain events pass through the area in the last month, but both of them managed to completely miss the barn. It’s been really dry, which means the ground has been really hard. And since I do 100% of my riding (unless I trailer out for a lesson) outside of the arena, this can be a problem. Henry has spent much of the last couple weeks wearing Magic Cushion, but he still felt a little too delicate in his steps for my taste. When I talked to the farrier about it he suggested we put a rim pad on him, to help give him a little extra clearance from the ground. He’s not a fan of going to a full pad unless absolutely necessary, and I’m totally with him on that. So yesterday he got a little rim pad under his new shoes, and last night it promptly rained 2.5″.

If I’d known that all it took to get some rain was a $10 set of rim pads, I’d have added them last cycle. Really though we need small amounts of rain on a regular basis, not a major deluge once a month. That doesn’t really help the ground, it mostly just puts it in a constant cycle of mud/concrete. But this is Texas… that’s how things work. He did feel better last night with the rim pad, so no regrets there.

We head to Texas Rose tomorrow, so I also cleaned up Henry’s weird goat hairs on his jaw, re-did his “eventer tail”, chopped off some mane, and clipped the longest of the winter straggler hairs off his legs. There’s not much I can do about the fact that he’s currently in a super disgusting phase of growing out his summer coat through his clipped winter coat. Kinda looks like a mangy mottled buckskin.

So that’s pretty. I also intended to dye his tail but completely forgot until this morning, and I won’t have time today. We’re gonna be looking kinda ghetto. I’ve honestly been so busy lately, and my mind has been pulled so many directions, I just feel kind of scattered. This show has crept up on me and I’ve not done a lot of the prep stuff that I normally do a week or so out. I did at least learn and run through the dressage test at my lesson last week, so that’s something. The test felt fine, I guess… it’s mercifully short, which is kind of nice, but it also felt like there wasn’t much flow, or like everything was just kind of crammed in there. The canters are really short, with a lengthening on a circle (my least favorite movement in the entire world) taking up half of the canter time. You canter quite early in the test, too, which is a disadvantage to my horse. Getting Mr. Tension to settle at any point during that whole thing will be a challenge. But, hey, at least it’s over with quickly? I prefer the Prelim test for him, to be honest. All the trotting and lateral work at the beginning is much better for his brain.

Even now I’m still having trouble concentrating on the show, because I’m thinking more about the logistics of getting Presto home, and everything that I need to get ready for him. We’re basically going from here to Texas Rose, then from Texas Rose to Abilene to pick him up, and then back home on Sunday. It’s a big damn triangle of driving, but still less than if I made a whole extra trip to Midland and back. Since we’re going straight from the show to pick him up, I have to remember to pack everything that I’ll need for him, too, and everything that needs to get done at home has to happen before we leave. My brain is totally sidetracked by that at the moment.

I’ve been driving so much lately that I’ve run out of high speed data for the month from listening to so many podcasts. Last night I got online and bought some audiobooks to download while I was still on WiFi… The Heart of a Woman (the last Maya Angelou book that I didn’t already have on Audible), West Cork, and The Hate U Give. Plus I still have the last of the German ones that I downloaded (Part 3 or 4? I’ve literally done like 15 hours of Car German at this point) a while back. I should be good for this road trip, unless I get really really really horribly lost and end up in Canada or something. That would be a hell of a wrong turn. 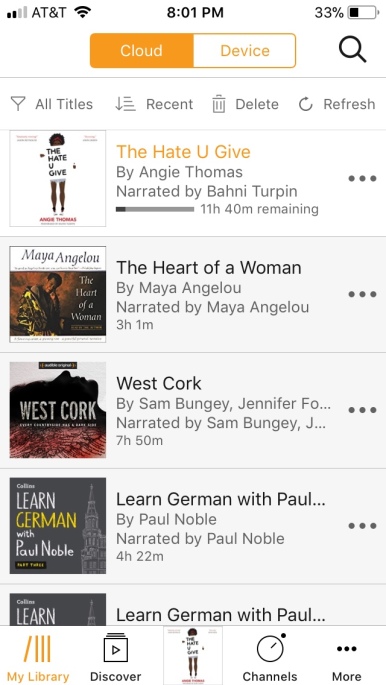 The weather forecast looks great though, both for horse showing and for hauling horses all over the state of Texas. It looks perfect, really, the temps are ideal Henry Weather. And the lows are good too, since I’ll be camping. They’re getting lots of rain up there right now, so the footing should be softened up a bit. AND I have zero complaints about my ride times – Friday is 9:18 dressage, 1:47 stadium (oh yeah hey, I won’t be posting here on Friday), and Saturday is 8:54 XC. I’ll be totally done by like 9am on Saturday, which gives me plenty of time to ice and pack and make the 4 hour trek to Abilene before dark. When both the weather forecast and the ride times look perfect, I start getting nervous wondering what the catch is. It seems too good to be true! 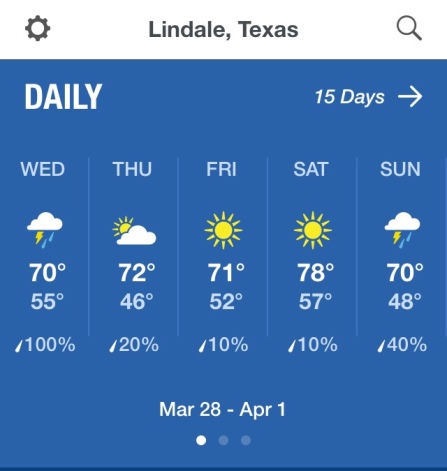 I still have to hit the grocery store today (this time I am determined to remember to bring food and drinks for MYSELF, since I always forget) and I need to dig the big fancy Yeti cooler out of the shed. Plus, like… pack all my shit. And decide which show shirt to wear, since I’ve managed to accrue 3 new ones in the off season.

Luckily I only have to pack one, since I dressage and SJ on the same day. I like it when packing is simplified.

I can’t tell if I’m nervous or excited or both, and if the feelings relate to the show or picking up/bringing home Presto. I’m a little all over the place, but hopefully once we actually get to the show I can take one day at a time and try to focus! Poor Henny, not only is his mom a total nut, he’s gonna have to ride home with a baby hooligan. Poor baby hooligan, he’s about to meet his match in Uncle Henny.

14 thoughts on “New Nikes, and Various Other Show Prep”