So that means our first recognized of the season will be Texas Rose at the end of the month. Since I just sent off my TR entry this morning, I kinda cut it close there considering closing date is Tuesday. Typically I don’t wait that late, I know that’s annoying to organizers. I just couldn’t really commit until after our XC schooling. TR is a big ask for the first show, so I wanted to see how he felt. Beast mode seems fully engaged, so off the entry goes.

The next entry to go in the mail will be Holly Hill. I was majorly waffling on this one, because Trainer isn’t going and neither is basically anyone else I know. It’s also in Louisiana, which is a far haul with my trailer. But dammit, Holly Hill is my favorite venue and I didn’t get to go to either of their shows last year due to various conflicts. I’ve been dying to run their Training course since I first laid eyes on it two years ago, so I’m going this time even if it means I’m going alone. I don’t get to do that many recognized shows, so I’m gonna do the ones I want come hell or high water (please no high water, my horse is not a mudder).

After that I have no idea what our season will look like. Ideally I’d like to go up to Willow Draw for their One Day, since we haven’t shown there before, but with Presto coming home and me wanting to take him to a couple Future Event Horse shows, there might not be enough room in the budget for a third recognized for Henry this spring. We’ll definitely do the fundraiser derby at Pine Hill in May, and then maaaaaaaaaaybe the schooling HT at MeadowCreek in June if the weather isn’t already 100 degrees. That’s always iffy. 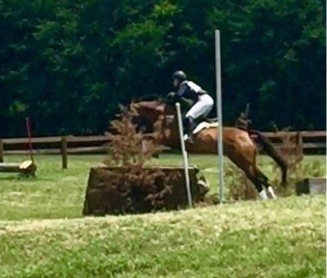 like, really though, it was hot as balls last year

Beyond that I’ve been a little hesitant to try to plan the rest of the year. There may be some major life changes on the docket, and I don’t really know yet what impact that will have. I really wanted to try to do something farther-away (because driving 4-6 hours to events isn’t enough for me I guess?) like Colorado or Kentucky, but I’m seeing that as fairly unlikely as of right now.

I’m guessing that most of our miles will come from smaller shows, closer to home. I’d like to do more Prelim CT’s, and some jumper shows. We need to work on all that. I’d really love to try our hand at a Prelim derby, if one presents itself as being workable. The green number stuff doesn’t look that terrifying anymore. Which is a weird observation in and of itself, coming from me.

Overall I think we’ll adopt last years planning method of “wherever the road may take us” and just see what happens past June. That was liberating.

Anybody else got their show season mapped out (or… mapped out-ish) yet?