I’ve never named a Gadget of the Year before, but if I had, it probably would have been the Ultimate Hoof Pick pretty much every year. I love that thing a lot more than is probably normal. And this year I have a new contender that is worthy to sit side by side with that magical hoof pick!

I finally started consistently using studs on Henry this season. It’s been a good 15+ years since I’ve had to stud a horse on a consistent basis, so when I was putting my kit together I opted for a couple of cool things that didn’t exist back in the day. One of those was the Bionic Wrench.

I admit I originally got this thing because a) it looked kinda neat, and b) I vividly remember how much I used to hate using wrenches to remove studs. Especially if they were wet or muddy or had been torqued in there really tight. I lost a lot of skin off my knuckles. Plus I had to carry around a couple different wrenches because not all of my studs were the same size, and I inevitably always reached for the wrong one.

Clearly all of those things scarred me deeply, because I’m nothing if not a total cheapskate, yet I opted to spend the $25 on the Bionic Wrench instead of a few bucks on a couple of traditional wrenches. It was worth every penny. 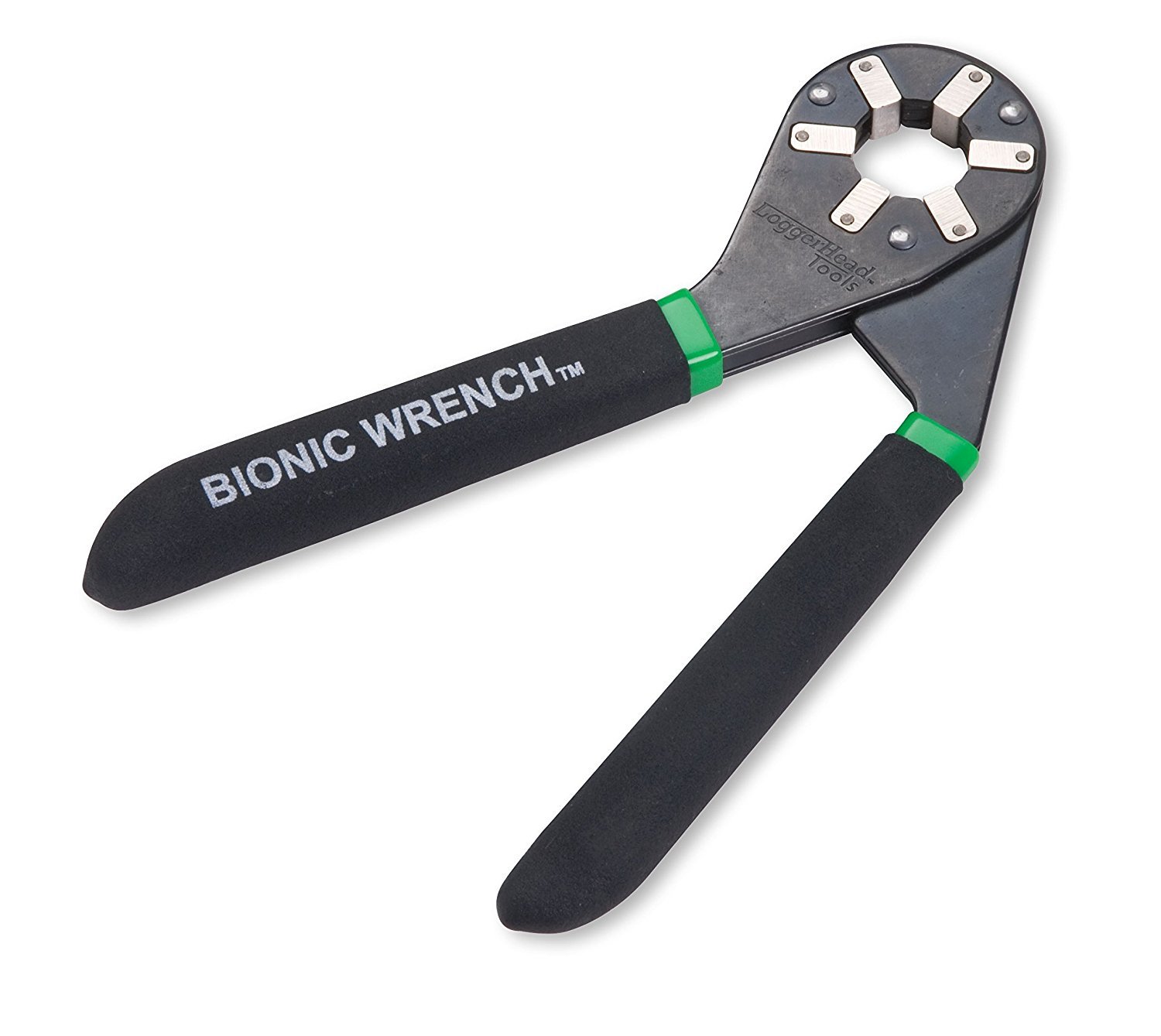 Being able to grip each side of the tool and squeeze them together gives you a lot more power with considerably less effort. It’s much easier to get the studs tighter when you put them in, and much easier to remove them afterwards. The head of the tool grips all the sides of the stud, so there is zero slippage, and it can still grip the stud even if it’s covered in mud or turf. It fits any size stud, taking the guesswork out of figuring out which tool you need. For me this thing has been fantastic, making it much easier to get studs in securely and out quickly.

I also used it to tighten some loose nuts on a couple of my jump standards, and loosen a couple of stubborn, painted-over nuts on my horse trailer windows when we replaced the screens. Even if you don’t stud your horses, it can be a really useful tool to have around the barn. The amount of time, skin, and cussing it’s saved me definitely make it worthy of being my 2017 Gadget of the Year.

14 thoughts on “Equestrian Gadget of the Year”