Nope, no Sadie baby yet. She’d been making progress at the end of last week, and the last milk test on Saturday looked like things were finally going the right direction – pH was dropping, calcium was rising.

Then she suddenly became difficult to milk despite the fact that she’s never had a “flow” problem, and then Lissa’s baby was born and she officially lost her shit and turned into a crazed wannabe baby thief. If she’s trying to scare the shit out of me, she’s doing a bang up job. No idea where we’re even at right now, because honestly she seems to have gone… backwards. She’s going to the vet today just to check and make sure nothing is amiss.

But there IS an adorable new baby on the ground at Willow Tree Warmbloods! Lissa delivered a gorgeous colt yesterday morning – chestnut with 4 whites and a cool stripe. He got a teeny bit stuck and needed some assistance, but he and Lissa both seem none the worse for wear. He was up and at the milk bar relatively quickly and she’s being a great mom. 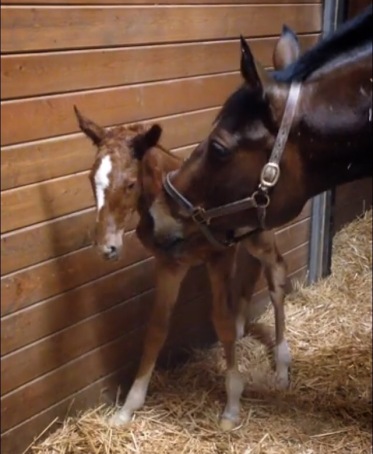 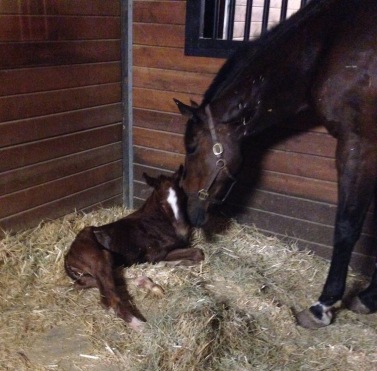 Sadie was being the REALLY CREEPY aunt – constantly staring and nickering at him. She actually had to be removed because she could not settle herself down. If she’d just Get To It already she could have her own, but nooooooo…